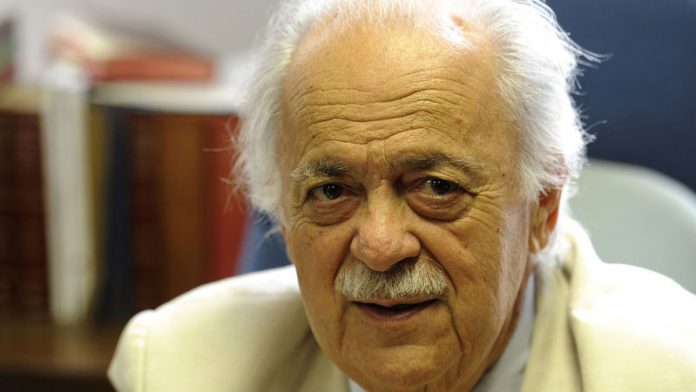 A long queue of lawyers will form outside the Constitutional Court to challenge the Protection of State Information Bill if Parliament only addresses the two sections pointed out by President Jacob Zuma as unconstitutional.

This is according to anti-apartheid activist and veteran human rights lawyer advocate George Bizos, who is one of many people who oppose the secrecy Bill, as it is commonly known.

Bizos told the Mail & Guardian on Friday the Bill was still deeply flawed and the two sections that Zuma wanted Parliament to reconsider do not change its unconstitutionality.

"When the Legal Resources Centre made a submission on a number of clauses that made the Bill unconstitutional; what I said is that there will be a queue of us, lawyers, to the court to challenge the Bill.

"The Bill is still deeply flawed and lawyers would still sprint to the courts to challenge it," he said.

Bizos said not having a public interest defence clause in the Bill was one of the many fundamental flaws.

"We want to remind people that the two sections don't change the fact that the Bill is deeply flawed," he said.

In March 2012, Bizos made a submission, on behalf of the Legal Resources Centre to the National Council of Provinces’s ad hoc committee, which processed the Bill in 2012 and early 2013.

He listed seven fundamental flaws in the Bill and concurred that it violated the Constitution.

He said it was unconstitutional on several counts.

"The current draft of the Bill, as it stands, runs contrary to and indeed threatens many of the fundamental values and principles enshrined in the Constitution.

"We view a public interest defence as imperative. Such a defence would exempt from prosecution certain individuals in limited and appropriate circumstances where the disclosure has been made in public interest," said Bizos at the time.

In Bizos's view, the Bill would undermine the provisions of the Promotion of Access to Information Act (Paia) of 2000 and its status as the supreme law giving effect to section 32 of the Constitution, in which citizens' right to access to information held by the state is enshrined.

Paia makes disclosure in the public interest mandatory in cases where the information would reveal the commission of a crime, or the existence of imminent public safety risk or environmental risk.

Section five of Paia also states that it applies to the exclusion of any Act that restricts disclosure or is materially inconsistent with its provisions.

Clause scrapped
The committee conceded and scrapped the clause that gave the Bill more powers over the Paia.

Bizos said those who defend the absence of a public interest defence have argued that such a clause was unnecessary because the Bill criminalises wrongful classification.

The argument is wrong, Bizos said, because the draft law does not allow those prosecuted for disclosing state information to argue in defence that it was wrongly classified to begin with.

"This further ignores the practical reality that improperly classified information will be difficult, if not impossible, to detect and challenge without the efforts of investigative journalists and whistleblowers who will be hamstrung in their ability to bring these illegal classifications to light if they fear lengthy jail terms."

Bizos also said that imposing prison sentences of up to 25 years for the offences in the Bill is excessive, and that the Classification Review Panel it seeks to establish will not be seen as independent or impartial.

This was because a member of the panel could be removed by a majority vote in the National Assembly, raising a reasonable suspicion of political bias.

Zuma surprised many when he announced on Thursday that the contested Bill wouldn’t pass constitutional muster and that he had referred it back to Parliament for reconsideration.