Nigeria’s property boom is only for the brave 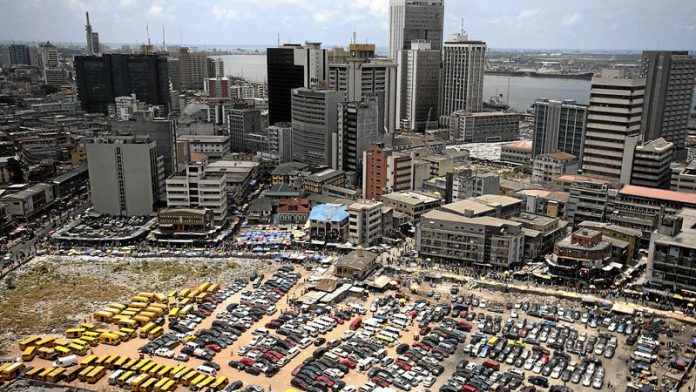 On one of the most exclusive streets in Nigeria's capital sits a crumbling mansion with an unwelcoming message painted at its entrance: "BEWARE! THIS HOUSE IS NOT FOR SALE".

The warning refers to a popular property scam. In the most elaborate version, robbers break into your house while you are away, change the locks, and then produce multiple copies of fake title deeds. Posing as estate agents, they show buyers around your house and sell as many copies of the deeds as possible. When you get back, your house belongs to six people.

This sort of deception epitomises the tricky nature of Nigeria's real estate business, but despite the risks, there are huge returns to be had in a market where around 16-million homes are needed just to meet current demand.

Navigating through opaque land laws, corruption, a lack of development expertise and financing, a dearth of mortgages and high building costs will take courage and influential local partners.

"There are sizeable challenges to overcome but in many ways Nigeria represents the perfect storm for real estate investment; huge population, rapid urbanisation and a growing middle-class," said Michael Chu'di Ejekam, director of Nigerian real estate at Actis, a London-based private equity firm.

Actis has $5.2-billion under management, including two sub-Saharan Africa real estate equity funds totalling $434-million, which it says are attracting US and European investors.

Nigeria's population of nearly 170-million is bigger than Russia's and its economy is growing at 6%, a combination which is producing a new wave of property buyers from bankers and airline staff to cellphone and fast food shop owners.

"I see demand from the middle-class higher than ever before," said Deolu Dara, associate vice president at Nigeria-based Avante Property Asset Management, which manages several multimillion-dollar residential projects in Lagos.

A successful real estate investment in Nigeria can earn an returns as high as 30-35%, while rental income yields in cities such as Lagos and Abuja can easily reach 10%, developers and estate agents say.

Property in Lagos, a heaving metropolis of around 20-million people, can be among the most expensive in the world with two-bedroom flats costing more than $1-million in upmarket areas.

However, the top-end range is dominated by well established players and developers should target middle-income workers in major cities, such Lagos, Abuja and the oil-hub Port Harcourt. The most popular units fall in a price bracket of 20 to 35-million naira ($123 000-$214 100), developers and estate agents say.

In smaller cities and rural areas, a lack of information about land and regulation is off-putting, while a violent Islamist insurgency has made the north of Nigeria unattractive, despite huge unmet demand in cities such as Kano and Kaduna.

The majority of Nigerians live in poverty in shanty towns or in basic concrete block and iron-roofed houses they have built themselves, but building mass housing for the poor is not a popular investment.

"If you know the market, the people, focus on middle class and cherry pick your deals, you can clean out," added Dara, who said Africa's biggest oil and gas industry is also driving demand. One foreign oil major bought 300 flats recently.

Nigeria's construction and real estate sectors are growing at more than 10 and 12% respectively, a boon for foreign and Nigerian construction firms, including UPDC, Cappa D'Alberto and Julius Berger.

Yet, there is still not enough quality affordable housing because business is frustrated by widespread corruption, poor state infrastructure and a lack of expertise and financing.

Constructing a block of flats costs three times as much in Nigeria than in South Africa, builders say, and many developments are abandoned when projects run out of money or become slums because they are poorly built.

London-based estate agent Jones Lang LaSalle ranks Nigeria 96th out of 97 on its transparency index, just in front of Sudan but behind six other African countries.

Having support from powerful politicians or business magnates will help to avoid terminal financial pitfalls.

"It's a business that requires local partners and local knowledge or you'll run into problems," Dara at Avante says.

Avante's chairperson is Wale Tinubu, the head of oil and gas firm Oando and a close relative of former Lagos state governor Bola Tinubu, who still wields influence there.

Once the supply challenges have been overcome, there remains a problem with that huge latent demand. No mortgages. Unless you are willing to pay a 25% interest rate.

The mortgage debt-to-GDP ratio in Nigeria is under 0.5%, compared with 72% in the US and over 30% in Malaysia and South Africa, government figures show.

"In places like America you seem to be able to buy property without a stress but it just isn't like that here," said Ike Ejekam (31) who is about to buy a newly-built two-bedroom apartment for 20-million naira in a gated community in the popular Lekki district on the Lagos peninsula.

Ejekam represents the new breed of buyers who expect well-built housing with all the modern conveniences. He works at a branch of a local bank and is using his life savings and funds borrowed from family members to buy his property outright.

"I don't like to think about mortgages because it scares me when I see how difficult it is for my friends to get a loan."

Nigerian banks don't like giving out mortgages because reliable information about buyers and land is scarce, while there is no secondary market to offset the risks.

The government says it is trying to fix this by securing a $300-million loan from the World Bank to establish a mortgage refinancing company, which should free up some bank lending.

A Federal Mortgage Bank was also launched this year, which government hopes will help build 500 000 new homes. The bank plans to float a 200-billion naira mortgage bond, the proceeds from which can be handed over to home buyers with the state guaranteeing against default for five years.

The government is also discussing passing legislation to create a secondary mortgage market and to improve land laws.

"With this sense of urgency we could have a significant improvement in the mortgage market by 2015," United Bank for Africa CEO Phillips Oduoza told Reuters.

This optimism is also being felt by developers as dozens of well-financed projects are under way, including the Eko Atlantic City — a multibillion-dollar project built from nine square kilometres of land being reclaimed from the sea in Lagos.

The billionaire Chagoury brothers, who are of Lebanese descent, are leading the mega-project, which will feature parks, swimming pools and skyscrapers with floor-to-ceiling glass. Banks, including France's BNP Paribas, Belgium's KBC and several Nigerian lenders are on board.

"Nigeria is a huge real estate opportunity," said Ejekam at Actis. "The story is getting out, slowly." – Reuters