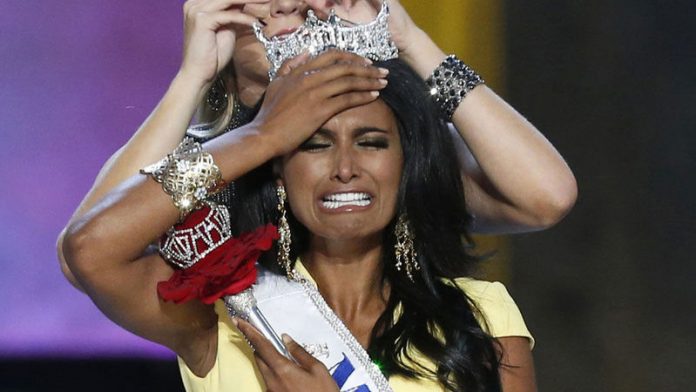 Another milestone was reached on Sunday for the United States – the country popular for its innovation when it comes to race and culture and freedom. The crown for the 2014 Miss America pageant went to Nina Davuluri – a New Yorker who happens to be the first Indian-American winner. Obviously, many viewers could not see past the colour of her skin (it really is as shallow as this) and the announcement was met with a great deal of racism on Twitter.

Allow me to indulge you.

A presenter for Fox News had this to say about the night's winner:

Implying that had Davuluri been more of a gun slinging, stars-and-stripes loving kinda gal, she wouldn't have won either, because of those "liberal judges" and their anti-gun-toting-ness.

Too mild, off-centre and not quite the kind of racism you're used to?

Try this on for size:

#Murica on Indian-American win: "@emi_adkins It's called #MissAmerica. Get outta here New York u look like a terrorist.#americanforamerica"

Now let's up the ante on the stupid and ignorance when it comes to these tweets, I will serve it with a side of geography, because clearly, these tweeters need it. From this:

If Miss New York wins I'm gonna go out and set some cars on fire!! #MissAmerica

Hahaha Rachel. We know you're funny, but for the rest of you … who's the terrorist now? To this:

You've all heard of Theresa Vail… aka: Miss Kansas. Here's an interesting photo though. #VenaticFanatic pic.twitter.com/KAotXdKozq

A picture truly does speak a thousand words

Thank you. Tweeters who don't have an atlas, or a brain, take it all in.

Ironic don't you think? Welcome to America, land of the brave and free – home of the American Dream and clearly no place for brown people of Eastern decent. Why? Because that makes you Arab – Muslim and Arab obviously. Not Indian. Not of Indian descent. Not Hindu, but Arab. May I clarify that there is nothing wrong with being Arab, which if you are, might mean to some you had everything to do with the disaster that was 9/11 and that there is no place in the "land of the free" for you.

You will forever spend your days in shame because you or someone you knew, or someone that person knew, probably knew someone, who knew a teapot, who knew someone who committed the horrific act of flying aeroplanes into the twin towers, right? Wrong. *Takes deep breath*

Why dwell on the pettiness of ignorant stereotypes and not just let it go? Because incidents like these need to be pointed out. Because when a country that boasts all of the above contains people who take their profiling and ignorance to Twitter, they need to be called out on it. (Some of the responsible Tweeters have since deleted their accounts – good!)

Two head shakes later, I came to realise that all this personal outrage must just be because my dreams are dashed and I will never be able to fulfil my life-long wish of becoming a Miss America. Curse you, skin tone and cultural descent, curse you.

But mostly, I am utterly distraught at the fact that anyone who supports morally and sexually uplifting competitions like these could ever for one second be racist. No. Freakin'. Way. *Pretends to be legitimately upset*

Trade with America thrived under Trump