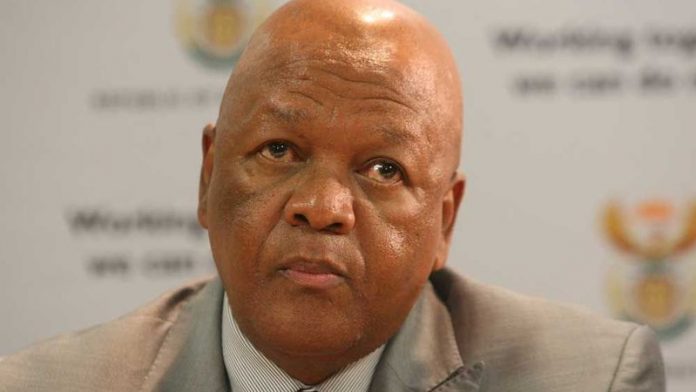 Jeff Radebe, deputy chairperson of the ANC, announced on Monday that the draft manifesto, which kick-started on the weekend, will focus on the implementation of the controversial National Development Plan (NDP). Dubbed "the people’s plan" by the ANC, it is expected to eradicate poverty, and significantly reduce inequality by 2030.

"The NDP will create full employment. It has been accepted by the majority of Parliament which is why it will feature prominently in our manifesto, said Radebe at Luthuli House. Consultation on the manifesto will run until the middle of October.

According to the plan, South Africa can realise these goals by drawing on the energies of its people, growing an inclusive economy, building capabilities, enhancing the capacity of the state, and promoting leadership and partnerships throughout society.

Radebe listed that since 1994, the ANC has been responsible for 3.2% annual economic growth, the employment of 4-million people and that they have spent R1-trillion on roads, sanitation, transport and housing, among others.

"The manifesto will focus on the great strides made since democracy, and the great challenges we face ahead, especially in the implementation of the NDP. Twenty years is not a curse for us, but it is a major milestone because we believe that we have destroyed the vestiges of apartheid and on its ashes, we have consolidated our political democracy," he said.

"Our aim is to make sure that we have a comprehensive majority in these elections."

NDP opposition
Meanwhile, the National Union of ­Metalworkers of South Africa (Numsa) has not changed its position from last week, warning that it will not campaign for the ANC if the party includes the NDP in its election manifesto.

"Numsa plans to withhold the R2-million budgeted for the ANC's election campaign if the union's special congress in December endorses the decision of the central executive committee [CEC] not to campaign for the ruling party," said Numsa's treasurer general Mphumzi Maqungo.

Numsa is trade union federation Cosatu's largest affiliate with 330 000 members. Numsa has criticised the NDP a number of times, saying it is based on Democratic Alliance policies and neoliberalism. However, the final decision will be taken at the special congress in December.

Other Cosatu affiliates unhappy with the NDP include the South African Municipal Workers' Union (Samwu) and the Food and Allied Workers' Union (Fawu). Both Fawu and Samwu last week said they had not taken any decision on whether or not to campaign for the ANC if the NDP is included in its election manifesto.

Documents seen by the Mail & Guardian show that Cosatu affiliates have so far paid more than R3-million towards the 2013 political levy. The total expected figure for the political levy for this year alone is R8-million.

Over the weekend, Fawu said it will not desert the ANC during its national executive committee (NEC), which took place in Johannesburg this past weekend.

According to Fawu general secretary Katishi Masemola, the NEC decided to convene a special extended NEC meeting in November 2013 at which the standing decision to campaign for the ANC election will be further debated. The discussion will take place later in order for the ANC elections manifesto to be considered, especially on the issues of labour brokers and the NDP.

"We will sharply raise objections to what we see as unwise or anti-working class policies without fail and how these may dampen the spirit of campaigning. We will not campaign against the ANC, rather will continue critiquing and campaign for a pro-working class NDP, should such be in the election manifesto," said Masemola.

Cosatu
The biggest critic of the plan is ANC ally Cosatu, who, through a public document have labelled the plan "a neoliberal plan". It has also criticised the NDP for its complexity and 484-page length. According to the trade union federation, the document is written in inaccessible language, full of buzz words and popular concepts. Here are some of their key criticisms:

​In July this year, national planning commissioner Trevor Manuel said the NDP on its own was just words on paper and had to be developed from there. He called for work on it to be accelerated ahead of the elections.

"There needs to be a head of steam to carry over elections … the new government must come in to find the work waiting. Governments tend not to want to innovate too much … Part of what we have to do is change behaviour in government. That is what will be important for the plan going forward."

But Manuel said implementation is already underway and the mark of the national development plan could already be seen in plans and programmes being drawn up in a number of government departments. "It is action, not perfection that is needed now. It was always going to be a plan focussed largely on learning by doing. We don't have all the answers."

Meanwhile President Jacob Zuma has applauded the country for what he calls "an overwhelming acceptance of the plan".

"I haven't heard of a country that has produced a plan which has been accepted broadly by a country … I'm not saying there aren't people who are bringing issues … What is important is people who are raising the issues should help to say 'what are the alternatives to help the plan to be better', rather than to criticise," he said.

Deputy chairperson of the national planning commission Cyril Ramaphosa said last week the commission would continue to consult with various parties including Cosatu as well as the private sector, which will play a key role in the implementation of aims such as job creation.