Carbon tax works if it is drafted well 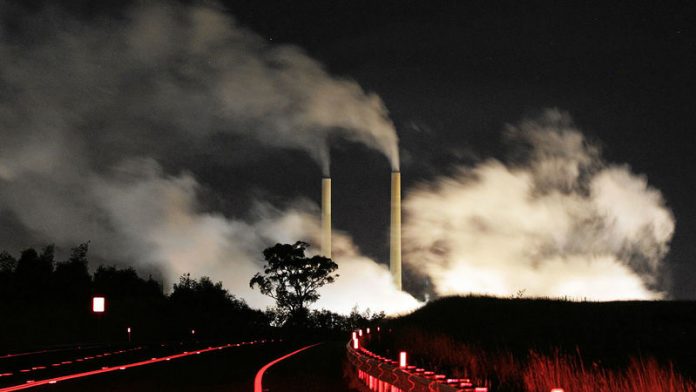 In his article “Carbon tax shoots itself in the foot” (Business, September 13 to 20), Professor Philip Lloyd asserts that a carbon tax will not be effective in reducing greenhouse gas emissions.

We disagree with Lloyd on several points.

It is too simplistic and sloppy to say that carbon taxes have had no effect.

Different countries have used the term in a number of ways — varying from a charge on emissions to being focused partially or completely on energy.

In terms of their design, none of the schemes covers all energy uses in a homogenous manner.

As a result, it is seldom a clear case of comparing apples with apples and Lloyd’s obfuscation of international examples by bundling them all together as if they are the same is disingenuous.

For example, a tax on energy may not have the same outcome as a tax on emissions — one may reduce energy consumption but not emissions.

It really depends on what the target outcome of the tax is. And, yes, the results are not always evident.

When we related the carbon tax to emissions in some of the countries we have studied the results have been mixed.

In absolute terms, emissions have reduced in Sweden (marginally), Denmark, the United Kingdom and Ireland.

Emissions have increased marginally in Finland and substantially in the Netherlands and Norway.

However, there is recognition in these countries that emissions would have been far higher in the absence of the tax.

Therefore, it can be concluded that carbon taxes have proven to be largely effective in reducing emissions when compared with the business-as-usual scenario.

Lloyd mentions the European Union Emissions Trading Scheme as a failure. There is some truth in what he says.

However, there is also evidence that the trading scheme was responsible for reductions of 2% to 5% below business as usual in 2005 to 2007.

Difficulty
Even after 2008, it’s likely the trading scheme continued to reduce emissions independently of the global economic downturn.

That said, analytically the exact amount of reductions attributable to the trading scheme is difficult to quantify.

In the same breath, we agree that the current trading scheme carbon price signal is too weak to avoid investments in high-emitting infrastructure.

The economic downturn combined with the record use of international offset credits has led to an accumulation of more than two billion surplus emission allowances on the market.

There are discussions to cancel these allowances to bring the trading scheme back on track.

In the first 12 months of its operation, gross domestic product grew by around 2.5% (which is in line with long-term trends), industrial production increased by 5.1%, retail trade increased by 3.1%, household consumption increased by 1.7% and more than 160 000 new jobs were added to the economy.

These are hardly the consequences predicted by doomsday prophets.

Lloyd goes on to say that the tax will have a serious impact on the poor. But one cannot deny the principle of a carbon tax on that basis.

The impact on the poor can always be mitigated through appropriate measures that include recycling of revenue from the tax, measures targeted to protect low-income groups and even broader fiscal reforms.

Lloyd’s study of international experience should have revealed, as ours did, that the judicious use of revenue from carbon tax or putting in place supporting packages and measures can address the twin objectives of environmental improvement and economic growth while mitigating the impact on the poor.

Reminder to Lloyd
We would have liked to see Lloyd use this information to advise the government on how to improve the design and implementation of the tax to make it pro-poor.

We would like to remind Lloyd that various safeguards are under discussion to ensure that the poor do not suffer as a result of this tax.

Yes, a lot more work needs to be done in this area, but there is no denying that the treasury’s paper on the economic impact of the tax, from which Lloyd chooses selectively, makes it clear that, if revenue recycling is included in the economic model, the impacts of the carbon tax are manageable.

We are also aware that the treasury is doing work in this area. We would advise Lloyd to use his years of experience to help on this front, since he is so concerned about the impact on the poor, rather than to imply that the government’s intent is malicious.

Like many others, we have concerns about unintended consequences. We have not used these concerns as a tool to shoot down the tax.

We have urged the treasury to look at the features of the tax more closely from this aspect and have made some concrete suggestions.

There are two ways the tax could play out.

However, if the tax results in no shift in behaviour over time, then the pass-through costs to the consumer (and, crucially, the poor) would increase as the tax does.

This is the worst-case scenario. But if the desired effects, including increased energy efficiency and growth in new energy technologies, materialise then the increased tax over time should have little effect as emissions are decreased and, in this case, pass-through costs need not affect consumers.

This is the precise goal of the tax: over the long term, the economy would see a net benefit.

The tax should also be seen as pre-emptive. Some studies show that the world’s 14 largest economies will impose some form of tax on carbon-intense imports.

Australia’s linking of its emissions trading scheme with that of Europe is some indication of where the world is going.

The future
It is possible to envisage a future of an inter-locked global carbon pricing system that could affect our own exports.

This possibility is already on our doorstep. The EU is in the process of revising the blanket emissions tax on the aviation industry.

There is a good possibility that a “made in South Africa” product, namely South African Airways, will have no option but to comply unless it can reduce emissions or demonstrate equivalent measures within South Africa.

Though we can cite many such possible outcomes, the bottom line is that there should be less emotion and gut reaction to the carbon tax.

It is easy to criticise the tax, but it is harder work to suggest concrete ways to improve it.

After all, it is hard to believe that Lloyd or other critics believe that it would be a good option for our economy to rely totally on high carbon-intense fossil fuels.