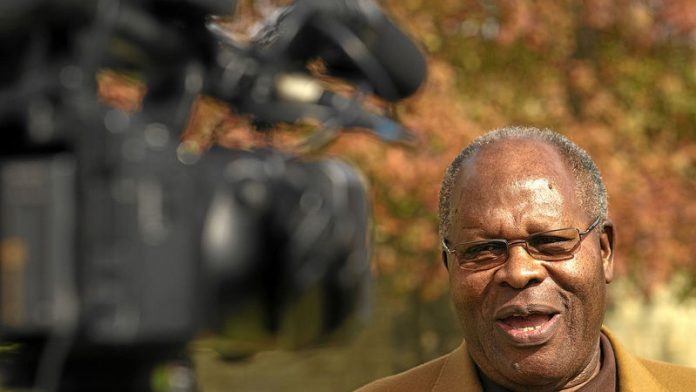 As Swazis go to the polls on Friday September 20, the country is bitterly divided – not about who to vote for, but rather what their vote really means.

There are no political parties in Swaziland and candidates stand on their own merit. Regardless of who gets into Parliament, King Mswati III – who inherited the throne from his father, King Sobhuza II, in 1986 – holds all the power.

The 45-year-old king not only appoints the Cabinet and prime minister, he is also able to veto any decision or legislation passed by Parliament.

This year, although a handful of pro-reform activists are taking part in the polls, hoping to win parliamentary seats and drive change from within, most of civil society and labour are boycotting the elections altogether.

Mswati – who it emerged last week, is soon to wed his 14th wife, teenage school-leaver Sindiswa Dlamini – has tried to appease growing criticism of his regime.

The monarch made a theatrical announcement claiming that a vision from heaven told him to rename the tinkhundla style of governance, comprising traditional chiefs, calling it instead a "monarchial democracy".

Despite initial hopes that the British boarding school-educated king may be preparing for some sort of democratic reform, he later acknowledged in a rare media interview with Reuters: "No change really. It's just a name so people can understand."

The head of the Commonwealth's election observer mission, Bakili Muluzi, a former president of Malawi hailed for removing dictator Kamuzu Banda from power in the country's first democratic elections, admitted that there were unanswered ­questions about Swaziland's political system.

"There are concerns," he told the Mail & Guardian. "What we are doing is trying to understand the system and how it really works. Officials tell us it is democratic and that it is the system chosen by the people, but we have members of civil society complaining that there are no political parties involved."

Muluzi – who, although credited with introducing democratic and human rights reforms in Malawi, has found himself in court over graft allegations – said there were worries over the way candidates were nominated – a process supervised by local chiefs, rather than by the Election and Boundaries Commission (EBC).

The former president also said he was unsure what would happen to candidates who had challenged anomalies during the first round of voting in August, but whose court cases were not due to be heard until this week.

"These are problems that we have raised with the EBC. In the case of the situation where someone goes to court and wins their challenge, then I suppose the vote for that constituency would have be done again, but it is not entirely clear," he said.

Despite Muluzi's pledge to raise the mission's concerns with the Swazi government and the Commonwealth, there are some who feel the observers should not have come at all.

Musa Hlophe, a veteran pro-democracy activist who heads the Swaziland Coalition of Concerned Civic Organisations, said: "Why do the Commonwealth and all the others like SADC [Southern African Development Community] and the African Union send teams to supervise this fraudulent … process? They have come before and criticised before but nothing has changed. What makes us think that their report this year will be any different to their reports in 2003 and 2008?"

Hlophe added: "Election or no election, there is going to be no change for the majority of the people in Swaziland, many of whom do not know where their next meal will come from.

"It doesn't matter who is in Parliament or who is in the Cabinet, it is King Mswati who is in charge of this country – he makes all the decisions."