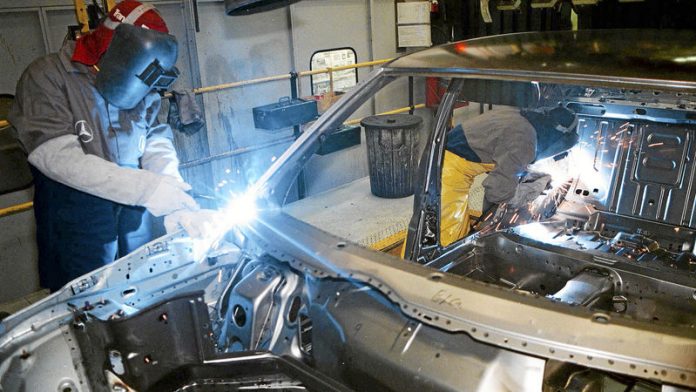 The motor industry in South Africa is supported by large government subsidies and it has grown strongly since 2000 because of steeply climbing exports to the United States following the enactment of the US’s African Growth and Opportunity Act in 2000.

But the likely end to the Act for South Africa — either in 2015 or five years later — would be a body blow to the industry.

It would also be a blow to the citrus industry, which has increased its exports to the US in the past decade, and the wine industry.

But about 80% of the benefits of the Act to South Africa goes to the motor industry. And within that, it goes mainly to two European-based companies — Mercedes-Benz and BMW.

They have found that the Act is an advantageous zero-tariff route into the US.

The Act is a one-way concessionary trade agreement granted to many African countries that meet certain democratic and other requirements.

Developing production
It was intended to develop industrial production in less developed countries.

But participants at a recent seminar organised by TIPS, a nonprofit research company, and the South African Institute of International Affairs, said that the results have fallen below expectations in other African countries and that South Africa has been the main beneficiary.

Even in South Africa, the clothing industry, which was expected to be a prime beneficiary, has not been able to raise exports because of the Act.

Next year the US Congress must decide whether to extend the Act when it lapses in 2015 and, if so, for how long. No one can say how Congress will vote.

But a senior American source said at the seminar that it is likely that Congress will renew the Act for South Africa, but only for five years.

The renewal for the rest of Africa could be for much longer. But the case for Congress to extend the Act for South Africa is not compelling.

According to the source, Congress will also take note of the increased divergence in labour and industrial policies between South Africa and the US; for instance, recent labour legislation and increasingly statist industrial policies.

There is also a view in the US that South Africa, as a medium-income country, should not continue to benefit from the Act.

South Africa accounts for less than 1% of the US’s international trade.

Mercedes-Benz, which mainly exports its South African-made C-class cars to the US, is currently setting up a facility to produce them in the US, partly because American production costs have come down but also perhaps because it anticipates an ending of the Act.

And BMW recently said that any proposed expansion of its Rosslyn factory has been put on hold, apparently because of motor industry strikes but also possibly because of an anticipation of the end of the Act.

Encouraging export growth
Although the Act only exempts South African motor manufacturers from a 2.5% tariff that would otherwise apply in the US, that has been enough to encourage considerable export growth.

South African sales of transportation equipment to the US were worth about $2.2-billion last year, of which $1.9-billion was related to the Act.

The US is the largest market for local vehicle manufacturers.

In a recent survey, local car makers said that rand exchange rate changes did affect their operations but not by much.

The industry has been one of only a few South African industrial sectors that has grown in the past decade — it contributed 6.8% of South Africa’s gross domestic product in 2012.

Speakers at the seminar said that South Africa should prepare itself for an end to the Act by addressing competitiveness and cost issues, like labour and electricity, and by seeking a way to increase the productivity of labour.