SABC board: ANC does an about-turn 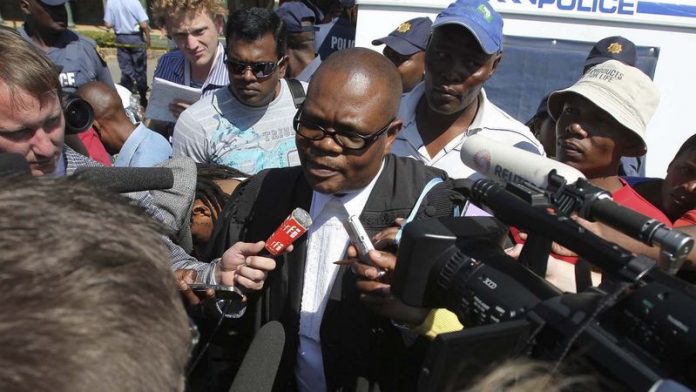 The ANC this week significantly changed its original list of names for the SABC board, removing candidates who topped its list a week earlier and replacing them with ANC members who were not the strongest performers during the interviews, the Mail & Guardian has established.

This has raised the question whether the board was appointed to serve the ruling party, and particularly to kowtow to the controversial SABC acting chief operations officer, Hlaudi Motsoeneng, who is known for his unconventional management style.

The parliamentary communications committee was supposed to announce the names of the new board members on September 10 but it wasn't done because the security clearance and qualification verification of the candidates hadn't been completed.

However, the different parties represented on the committee ­informally traded names before postponing that meeting.

A week later, none of them made the final list of board members.

"There was something strange with the ANC on this SABC board thing," said the Democratic Alliance MP, Marian Shinn, who sits on the committee. "[On September 10], the ANC listed more than 30 names in order of preference, but all the people who were top of the list ended being left out of the board."

Shinn said the DA had Majavu down as one of its preferred candidates. "He has experience, legal experience and was very good at the interview. But the ANC wouldn't budge on him."

Mtimde was a member of the board that was dissolved in March and that had tried to remove Motsoeneng as the SABC's acting chief operations officer.

According to sources, speculation is rife that this might have cost him the position.

A former board member who served with Mtimde was "not surprised" by his omission "but just sad". He said Mtimde had helped the board a great deal with governance issues and process.

A senior ANC member also hinted that the party wanted a group of people that it could control.

The member said that, although the party respected Majavu and considered him an ANC person who broadly understands the party, he could not be trusted to implement ANC instructions and also seemed to be too independent.

Majavu accepted the outcome and congratulated those selected. He said he will try for a seat on the board again in five years' time.

Mtimde didn't want to comment on his omission, saying only that it was inevitable that 24 of the 36 people who were interviewed wouldn't get on to the 12-member board.

The M&G established that:

The parties agreed on eight of the 12 names that have been announced but couldn't reach agreement on the remaining four.

This led to the parliamentary communications committee deciding the matter by a vote. The ANC has a majority in the committee and won overwhelmingly.

The committee decided not to publicise the names they disagreed on as this might create friction within the board, it said.

During the meeting at which the new names were announced, ANC MP Eric Kholwane, who chairs the committee, repeatedly said it was unfortunate that they couldn't agree on the names and that the matter had to be decided by a vote.

The M&G has also established that the opposition parties pushed for Martin Mhlanga, a 32-year-old project manager at the Council for Scientific and Industrial Research, and Kate Skinner, a media freedom activist experienced in journalism, to be on the board. They also wanted Majavu and Mtimde.

One MP said it was mind-boggling – opposition MPs found themselves pushing for people associated with the ANC, all with the required skills and experience, but the ANC refused to budge on them.

"We in fact said we support Lumko [Mtimde] because he is from the old board, knows the sector and also to encourage continuity, but the ANC said no, citing his political affiliations," an opposition MP who didn't want to be named said.

Kholwane told the M&G that he was confident that the committee had put together a strong board to take the SABC forward.

"It's unfortunate that the task team couldn't yield the results we wanted, presenting names that everyone had agreed upon," he said. "It was a ­matter of having too many capable people but less space."

Interference in SABC retrenchments was ‘improper’ — board chair