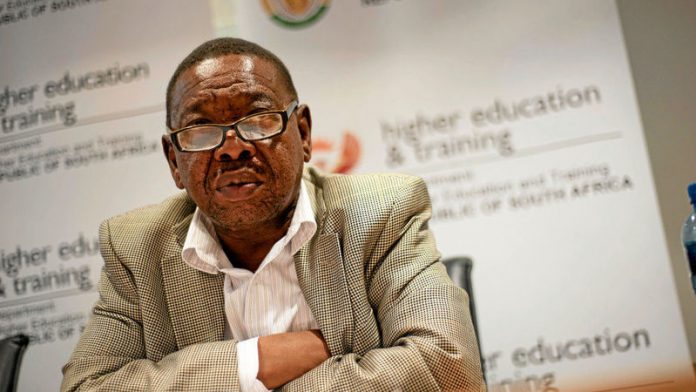 Thousands of students are being blocked from furthering their studies or getting jobs because they have not received certificates confirming their completion of further education and training (FET) college qualifications.

For this administrative bumbling, students who spoke this week to the Mail & Guardian angrily blamed Minister Blade Nzimande's department of higher education and training.

"I've been waiting for the past four years for that piece of paper, but all I am told by my FET college is to 'come back next week or come back next month'," said Sandra Seadi.

She said the college was still waiting for the department to send it the certificate confirming her qualification.

In 2009, she completed the technical training equivalent to a matric — the so-called national certificate vocational (NCV) qualification — at an FET college in Johannesburg.

While she waits for the document, she cannot get a job because "employers tell me they need that actual certificate", she said.

Dark developments
Two recent developments suggest Seadi's story is part of a much larger picture of deep dysfunction within the department.

Firstly, about 38 000 FET graduates nationally "do not have certificates confirming the completion of their studies", the Democratic Alliance's higher education spokesperson Annelie Lotriet said on Monday.

This figure was derived from information the department had given Parliament's portfolio committee on higher education and training, Lotriet said.

"Some students have been waiting for over six years," she said.

Secondly, Nzimande's department was one of the worst performing in the country, according to the assessment of all national departments that Minister in the Presidency Collins Chabane released last week.

Included in the assessment criteria are "service delivery improvement mechanisms".

Seadi said she has showed potential employers a printout of her marks, "but they say 'uh uh, we want the certificate' ".

Wasted time
"It feels like we have wasted three years of time and money," she said.

Last year, Nzimande's green paper on education for youth after school stressed that "the key area of focus for expansion must be the public FET college sector".

Stan Nkosi and Mathopo Kgatla both finished their NCV studies in 2009 and have been waiting for their certificates since then.

"We left high school with a grade nine expecting to get a good qualification at an FET college because they give you theory and practical experience — but without that certificate, I'm stuck, stuck, stuck," Kgatla said.

Nkosi said he is a general assistant at Checkers now, but he wants to be a banker.

"The only reason places like Standard Bank are not letting me do a learnership with them is the lack of that certificate. This frustration is more than you can think."

According to a notice Nzimande gazetted in 2010, Nkosi's FET qualification allows him to apply for admission to a university degree.

"I was very surprised to discover, then, that when I started applying at various tertiary institutions in 2010, most of the institutions were not aware of NCV" and did not recognise it, he said.

"Being accepted at tertiary institutions was not easy, as most of the time I had to meet with the head of administration and explain my situation and educate them about NCV, which was a bizarre thing for me to have to do."

Nkosi approached Higher Education South Africa, which gave him a letter explaining his situation to take to universities.

Because of his good NCV marks, and thanks to the letter, he was accepted to study political science at the University of Pretoria — on the understanding that, without his NCV certificate, he could not formally graduate.

However, because of supportive lecturers who have fought for his cause, he has now made it to his final year, Nkosi said.

But last week he received a final written warning from the university saying that if he does not submit the NCV certificate he will not be allowed to finish his degree.

"I have emailed and phoned the [higher education] department so many times and they never have an answer for me.

"The attitude is like, 'We know these students have been waiting for their certificates but, well, so what?' " he said.

Ministry spokesperson Nomonde Mbadi said: "When the department of higher education and training was established in 2009, it inherited challenges" regarding the issuing of some NCV certificates.

But "the department put measures in place to address the identified certification backlog and has made considerable strides in this regard".

To date 322 214 of the NCV certificates in question have been issued, and there are 38 199 outstanding that are "in the process of being finalized and issued".