US-Palestinian poet rails against the complicity of silence 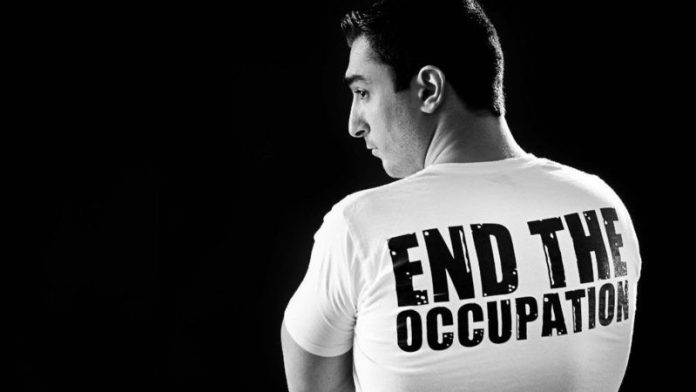 As Remi Kanazi drifts from stanza to stanza during his performances, almost every line of every poem is dedicated to social inequality and its effects on humanity.

"I'll exist in a world that fights against racism like Martin and Malcolm/ Bleeds ghetto tales of Steve Biko/ As a song that never dies no matter what apartheid makes of our bodies" go a few lines from his poem Coexistence.

The American-born spoken-word artist is in South Africa a week after the commemoration of the 36th anniversary of Biko's death, as a guest of the Tri Continental Film Festival.

Born in Massachusetts to Palestinian refugee parents, Kanazi says the Palestinian plight is as important to him as the many injustices taking place around the world, but says it was the conflict in Israel that reinforced his stance against inequality.

"The predicament of Palestine opened the door to so many other issues, from the anti-apartheid struggle to the civil rights movement in the US as well as homophobia and police brutality."

Despite his invocation of Biko, and his assertion that his work is about more than Palestine, it's hard not to think of Kanazi in isolation from the Middle East.

Palestinian poets?
?A quick Google search for "Remi Kanazi" also brings up "related" Palestinian poets such as Mahmoud Darwish and Suheir Hammad. The results show images of him wearing "Boycott Israeli goods" T-shirts and the Palestinian flag around his forearm, and links to Poets for Palestine – a collection of poems he edited. But the Brooklyn resident dismisses descriptions such as "Palestinian poet" as "socially confined constructs".

"Palestine is important to me, but it needs to go beyond that," says Kanazi, who is part of the organising committee for the US Campaign for the Academic and Cultural Boycott of Israel. Narrowing your focus to one issue necessarily broadens your indifference to others. And indifference can be harmful.

"Whether they recognise it or not, the reason why some people in the US don't have access to healthcare, decent education and a living wage is the same reason why some think it's okay to drop bombs on Gaza," he says, referring to the apathy that allows injustice to persist.

Nevertheless, as we touch on the Middle East, thoughts about the experience of a person with Palestinian roots residing in the US – a country with strong ties to Israel – are unavoidable.

"I live in a country that gives $3.1-billion a year in military aid to Israel. As an American taxpayer, I am directly complicit in the Palestinian-Israeli conflict."

But, Kanazi says, through his resistance poetry and work with groups such as Boycott, Divestment and Sanctions, he is able to shed some light on what's going on.

His own roots
"I'm very forthright when it comes to the issue of Israel: it's a settler-colonial state that's built on Palestinian land through the ethnic cleansing of the indigenous population," says the author of Poetic Injustice: Writings on Resistance and Palestine. "The only way to move forward is by recognising the roots of the conflict."

Looking back on his own roots, Kanazi tells me about his grandmother, who fled her home in 1948 to live in Beirut, then later in the US.

"She never felt at home in Beirut or the US," he says, adding that before her death she yearned to go back to Palestine – a place even he calls home.

It has been 65 years since the Nakba, when approximately 750 000 Palestinians fled their homes as a result of the 1948 war.

"Home and the return to it is something Palestinians are constantly referring to," Kanazi says.  "It's something we're working towards."

Kanazi moves away from the collective Palestinian dilemma to speak about his own displacement.

"I grew up in western Massachusetts – [in] a town that was predominantly white and Christian – as this chubby Arab kid who attended a Catholic school."

But it was only after the events of September 11 2001 that he felt compelled to take a stand against what he says was the "subsequent targeting of Arabs".

"I felt out of place in the US after 9/11. That's when I got educated on what my family had gone through during 1948, and the current reality in the Middle East. Through activism, I aimed for a positive and effective way to combat the misconceptions and stereotypes born from 9/11."

Whether addressing a crowd or one person in his videos online, his method of activism is embodied in his line "Silence is complicity" from the poem This Will Not End Apartheid.

Gil Scott-Heron
Drawing on the parallels between resistance art about Palestine and the US, Kanazi cites poets such as Gil Scott-Heron and Suheir Hammad as being integral to his growth as a poet. He also acknowledges their dedication to activism as an inspiration for his own.

However, in an age when revolutions have not only been televised but also "twitterised", how much of an impact can one poet make on decades of discrimination and centuries of bloodshed?

"I'm aware of my own insignificance," Kanazi says.

"If I die tomorrow, the Palestinian struggle will still go on. But poetry, including mine, can be the little puzzle piece missing from the bigger picture – equality."

Remi Kanazi is in South Africa until September 25. He will be a speaker at several of the Tri Continental Film Festival screenings and will also be doing public performances and talks with Boycott, Divestment and Sanctions (BDS) South Africa. For more information go to the  BDS South Africa pages on Facebook