Teju Cole on Nigeria and attacks in Kenya 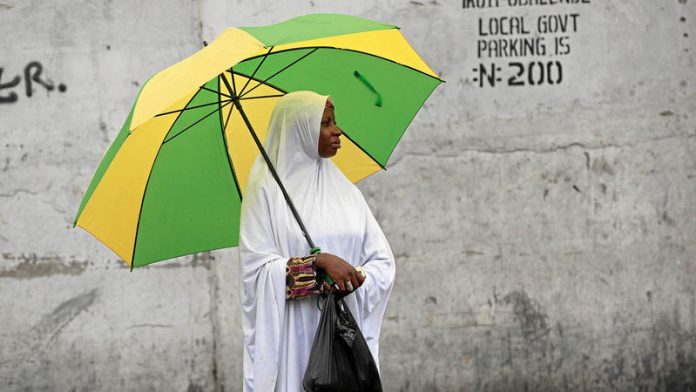 There was, initially, confusion about the presence and meaning of the band of armed men at Westgate Mall, a shopping complex in Nairobi.

Those jaded by crime thought the gunshots and grenade explosions were reverberations from just another random armed robbery in a city known by some as "Nairobbery". But the longer the rat-a-tat continued, the more heinous and premeditated the violence seemed. I immediately thought of Zukiswa Wanner, a South African writer now based in Kenya. I sent an email to a mutual friend, who assured me that Wanner was fine.

Later in the day news filtered that veteran Ghanaian poet Kofi Awoonor was one of the 67 slain by suspected al-Shabab militants. Somehow, as my eyes switched between my phone's Twitter feed and the television screen, I wasn't able to connect the fact that Awoonor was at the same festival as Nigerian-American writer Teju Cole, who I interviewed on September 16, and who said that he would also be in Kenya for the StoryMoja Hay Festival.

But when I did remember, I enquired about Cole's wellbeing and was relieved to hear he was fine. His hotel was just five minutes away from the scene of the siege but he wasn't, fortunately, caught up in the massacre.

It's ironic that Awoonor was shot by Islamic militants not for his writing but as a random target, a victim of an unfortunate fate. All these facts and anecdotes, somehow, must lead to a signal moment in South Africa when religion intersected with freedom and censorship. British writer Salman Rushdie was invited by the Weekly Mail – the Mail & Guardian's ancestor – to South Africa in 1988. His book, The Satanic Verses, had been released not just to raving reviews but to raging mobs.

When news of his impending visit was announced, local Islamic associations were suitably enraged. They were clear in their statements that the apostate wasn't welcome on South African soil. The Congress of South African Writers (Cosaw), the chartist grouping of writers opposed to apartheid, withdrew their endorsement of Rushdie's visit.

"Lebanon, Israel, Ireland, South Africa, wherever there is a bleeding sore on the body of the world, the same hard-eyed narrow-minded fanatics are busy, indifferent to life, in love with death. Behind them always come the mullahs, the rabbis, the predikante [ministers], giving their blessings.

"These words are addressed particularly to Cosaw. Don't get involved with such people, don't get into alliances with them. There is nothing more inimical to writing than the spirit of fundamentalism. Fundamentalism abhors the play of signs, the endlessness of writing. Fundamentalism means nothing more or less than going back to an origin and staying there. It stands for one founding book and thereafter no more books."

The threat posed by al-Shabab to Kenya and Somalia is, of course, the same one that Boko Haram poses to Nigeria; it is the same threat that al-Qaeda in the Islamic Maghreb has unleashed on Mali.

The deaths of the 67 in Kenya recall Cole's statement: "I expect American drones in northern Nigeria in the next three years if they are not already there." American drones are, of course, in neighbouring Somalia. But Cole was talking about Boko Haram, a movement of mujahideen, which has been bombing churches and government offices and shooting pupils attending classes in northern Nigeria's schools.

"Nigeria as an entity isn't going to last forever; there isn't a compelling reason why it should," Cole said. Facing militants fighting for greater control of petroleum riches in the south, Islamist fighters who want to establish an Islamic caliphate in the north and the eternal dream of Biafra in the south-east, it is a surprise that the Nigerian map remains the same as it did when European powers partitioned Africa in 1884.

Cole drew an analogy between apartheid South Africa and a Nigerian lorded over by a thuggish dictatorship; there is a sense of disappointment, Cole argued, that the traumatic past the two nations endured didn't result in a more egalitarian present. "There was the hope that we'd come out of that into a freer democratic space in which [the leadership] looks out for the needs of the people."

A leadership that promises much and delivers so little brings to mind United States President Barack Obama. His blazing election campaign makes a strange bedfellow of his underwhelming presidency. "More and more I shy away from this emotion of disappointment," Cole began, when I asked him what he makes of Obama's presidency. "[This is] because it has to do with expectations of another person's appropriate behaviour. I think I have moved into something more complex which is: I don't own him and I have no right to be disappointed in him. He didn't personally sit down and say to me, 'I will not be a thug in office'."

Cole now views Obama as a key cog in the machine that is the American presidency. "He wanted to be a United States president and that is what he is being. He's defending and protecting American power and interests even if the consequences are fatal for innocent people." Cole has had to re-evaluate a lot of what George W Bush did. "What Bush did was a consequence of the scaffolding of the presidency."

We really shouldn't confuse Obama with Bush. At heart, they are the same, Obama happens to be a more intelligent and cosmopolitan version of the Texan cowboy …

The SADC has been lackadaisical in its response to the insurgency in Mozambique and in so doing, is putting several other southern African countries at risk
Read more
Advertising