Business as usual in robust Kenya 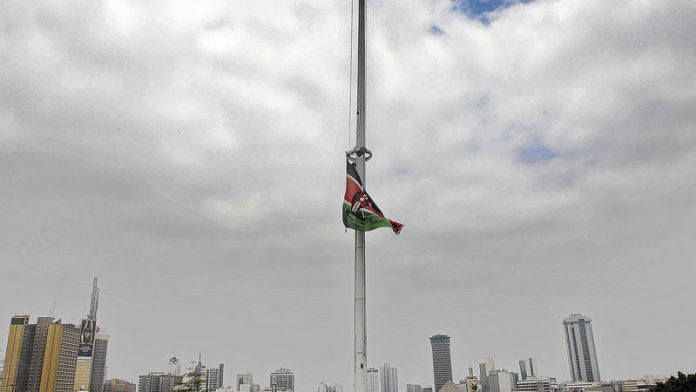 The attack by al-Shabab militants on Kenya’s upscale Westgate mall captured world headlines, as the longest, and possibly most dramatic, terrorist attack in the history of Africa played out over four days.

The incident, being described as Kenya’s 9/11, left behind passages strewn with blood. So far, it had been estimated that about 70 people had died and 170 were injured.

What it will mean for the economy is anybody’s guess although an educated one would suggest that not even something as horrific as the attack could dim this African rising star.

The Kenyan government this week insisted the attack on Nairobi’s largest mall – said to be retribution for recent United Nations-sanctioned Kenyan military action against al-Shabab in Somalia – would not have economic repercussions for a country whose economy grew at 4.3% in 2012 and is expected to grow by 6% in 2013.

“It’s an isolated incident … we don’t see this having any impact on the economy at all,” said Kamau Thugge, the permanent secretary of the Kenyan treasury, on Tuesday.

Kenya is by far the biggest economy in the five-member East African Community and the region, so it has become a dominant force in the region’s economic fortunes, said Dianna Games, executive director of [email protected] and author of Business in Africa: Corporate Insights.

"Similar attacks", not so similar coverage
Peter Draper, a senior research fellow at the South African Institute of International Affairs, said “similar attacks” by al-Shabab in Kampala, Uganda in 2010, when suicide bombers targeted crowds in two different places where the Fifa World Cup final was being screened, didn’t receive nearly as much media coverage as the attack on the Westgate mall.

“That’s because Kampala is not central to East Africa in the way that Nairobi and Kenya are.”

Kenya, with its ports and financial trade, is widely regarded as the hub of the region.

It houses the port of Mombasa, with its own railway servicing the region and with other transport and energy infrastructure projects on the way.

“All that is not going to go away,” Draper said.

The potential knock-on effect of security problems and instability in Kenya is huge, Games said, noting the disruption caused to other economies by the political turmoil of the 2007 elections in Kenya.

Serious effect
It had a serious effect on the movement of goods throughout the region and resulted in serious fuel shortages.

All the other EAC members except Tanzania are landlocked and Mombasa is the main port for Uganda, Rwanda, Burundi, the eastern Democratic Republic of Congo, South Sudan and even northern Tanzania.

But Games said Kenya’s economic dominance and relative economic sophistication also makes it relatively resilient in terms of foreign direct investment, the stock exchange and in other ways that are not specifically linked to logistics.

“There are several new shopping centres in the pipeline and big-name South African retailers have Kenya in their sights,” Games said. “It is also growing as a gateway for international companies and for investors from Asia.”

However, the medium-term implication of the attack is that multinationals, which are increasingly setting up business in Africa, would be cautious about establishing headquarters in Kenya.

“The Somali conflict is not likely to go away in the short and medium term. In fact, it might get worse given that the Kenyan government is likely to retaliate,” Draper said.

John Fraser, of the Woolworths international department, said all employees were safely evacuated and the retailer is not running for the door.

“We review our investment risk in each African country on an ongoing basis but we do not expect this event to affect our expansion plans in Kenya or East Africa,” he said.

The Standard Bank Group has 22 branches in Kenya, where it trades as CfC Stanbic Bank.

Standard Bank said all staff from the branch in the Westgate mall have been accounted for. One employee was injured but has been discharged from hospital.

SABMiller also has a footprint in Kenya and an SABMiller truck was making a delivery at the mall at the time of the attack. The staff managed to get away but the vehicle was left behind.

Kenya is due to issue its debut bond in the next few months on the international capital market, with a $1.5-billion note that will mark Africa’s largest maiden sovereign bond, the Financial Times reported this week.

But the attack could force the country to postpone the debut, bankers said, although it is unlikely to derail the interest of foreign investors.

Kenya previously postponed its plans to become the first sub-Saharan country besides South Africa to issue a sovereign bond after political violence in 2007 and 2008.

The central bank governor, Njuguna Ndung’u, told the Financial Times before the attack that the bond was an opportunity to “improve the rating of the country, risk rating and all that”.

Thugge said the country would not deviate from its development goals and would continue to roll out infrastructure that has been budgeted for.

The incident has also not affected its ability to service its debt.

Competing with Durban and others
Games said Kenya is positioning itself as a port hub to compete with Durban, Dar es Salaam and others.

Major improvements are being made to Mombasa port, including speeding up cargo turnaround times.

Kenya also has plans for a new port in Lamu to the north to serve new markets in South Sudan and Ethiopia and the burgeoning oil industry in northern Kenya.

“We still intend to issue the sovereign bond. It should not affect the growth of the economy which we are expecting to be at 5.5% to 6%,” Thugge said.

The Nairobi Stock Exchange grew 21% in the past year and “has been a top performer globally over the past year”, Games said.

It remained fairly resilient throughout the attacks with its FTSE NSE 25 index falling just 0.3% to 164.24.

The Kenyan shilling was virtually unchanged during the siege.

But the exchange was dragged down by TPS Eastern Africa, the operator of the Serena chain of hotels and luxury lodges. It was the biggest loser on Wednesday when it dropped 6.25%.

Tourism is a key sector in the Kenyan economy and contributes approximately 12% to total gross domestic product. It is also the country’s second-biggest foreign exchange earner.

But Kenya’s dependence on the sector is its “Achilles heel economically”, said Games.

It is highly susceptible to acts of violence and negative publicity about security. It is bound to take a knock even if other sectors do not.