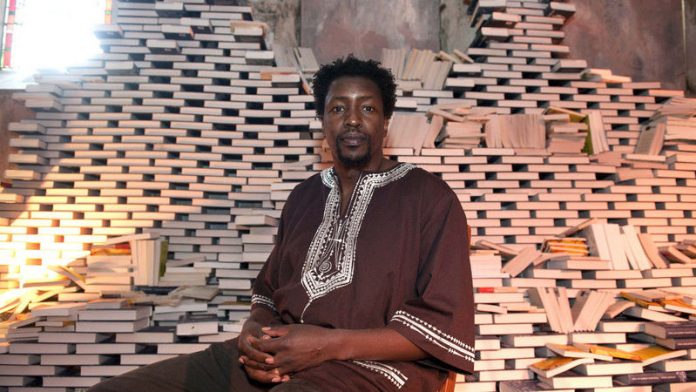 Ngong, the bush of death where outlaws and political opponents of some of Kenya's presidents are frequently found murdered, appears on the first page of Kenyan-American writer Mukoma wa Ngugi's novel, Killing Sahara, a follow-up to his debut effort Nairobi Heat.

That metaphor of death finds particular resonance in light of the siege of Westgate Mall, the shopping complex in Nairobi where more than 60 people were killed last week by armed Islamist militants.

Eerily, the book begins with a bomb blast at the Norfolk Hotel, a place frequented by elite Kenyans and foreigners. A day before this fateful event, two detectives, Ishmael Fofona and O, are standing in the canopied jungle of Ngong looking at what used to be the body of a man that is so badly devoured that it looks more like "an animal carcass".

Black Star Agency, the company the two detectives run, is just about breaking even and this case, thrown to them by Yusuf Hassan, the local Criminal Investigation Department chief, will keep them occupied and their bills paid.

The book is set around the time of Barack Obama's first presidential election campaign and the disputed 2007 plebiscite in Kenya that pitted opposition leader Raila Odinga against the then incumbent president Mwai Kibaki.

I met Ngugi at OR Tambo International Airport on his stopover from Cape Town, to which he had been invited for the Open Book Festival.

In Kenya's relationship with Obama, Ngugi saw schizophrenic tendencies: "We loved him, yet that couldn't translate into how we looked at our own leadership.

Kenya's new president, Uhuru Kenyatta, and his deputy, William Ruto, will be tried by the International Criminal Court for crimes against humanity for their role in the post-election violence of 2007.

In the book, it seems that the dead man in the forest has something to do with the bomb explosion. Initially, the detectives think al-Qaeda is involved, but the evidence suggests some assistance from black American Muslims. "It was a matter of time before they joined the party, I guess," a staffer at the American Embassy says.

As the detectives start looking for answers, the men they are tailing become aware of them and launch a pre-emptive attack. They tie up Ishmael, his Rwandan girlfriend and Mary, O's girlfriend.

In a dramatic rescue mission, one of the four is killed. But almost at that very moment, this killing is amplified at a national level when tribal militias start harassing people not from their own tribes.

As in his other novel, the story that begins on one continent leads across the Atlantic.

You could say that the story's arc has similarities to Ngugi's own personal narrative. He was born in the United States in 1971, the son of acclaimed Kenyan writer Ngugi wa Thiong'o. The younger Ngugi went back to Kenya when he was a few months old and returned to the US for his university education. His doctoral studies were on Nigerian writer Amos Tutuola and John Clare, an 18th-century English peasant poet.

Ngugi has always been intrigued by why his father and some of his contemporaries, such as Ngugi wa Mirii, were forced into exile and yet popular writers such as David Mailu and Charles Mangua stayed at home at the height of the dictatorship. It wasn't because Mailu and Mangua had been recruited to compose verses and hymns in praise of Kenya's post-colonial lords; if anything, their works were strident critiques of the social and political rot in post-independence Kenya. But the novelists managed to submerge the politics of their rollicking stories by setting them in the underworld of prostitutes and pimps who didn't seem to care about the world of politicians.

Ngugi's decision to frame his stories under the rubric of crime shows the limitations of literary fiction. "The violence of neighbour against neighbour … how do you deal with this in realist fiction?" he asks.

Of crime fiction, Ngugi says that "it's a very flexible genre". I could have been sitting in one of Ngugi's classes at Cornell University, where he teaches literature.

Killing Sahara is at once fast and slow, moving from the city to the country, from the suburbs to the slums, from Kenya to the US via Mexico. It's a clever book, written by an acutely self-conscious author, who knows when it's time to move a narrative along when it is getting tangled up.

Yet there are times when he leaves it a tad too late, and inessential strands of the story end up over-elaborated. Sometimes this movement involves flitting across continents and worlds, of the living and of the dead.

You can't be sure what to accept because people, their loyalties and what they are about are likely to shift at any given point. While it works most of the time, sometimes you can hear the supporting pillars of his narrative creaking.

Unlike his first book, which took happenstance and coincidence to an exalted level, Ngugi's latest shows more control.

This is a novel with a moving, deceptive centre. In light of the violence in Kenya now, it constructs an elaborate geometry that connects the expatriate, violence and extremism; criminality and people who murder for a "cause".