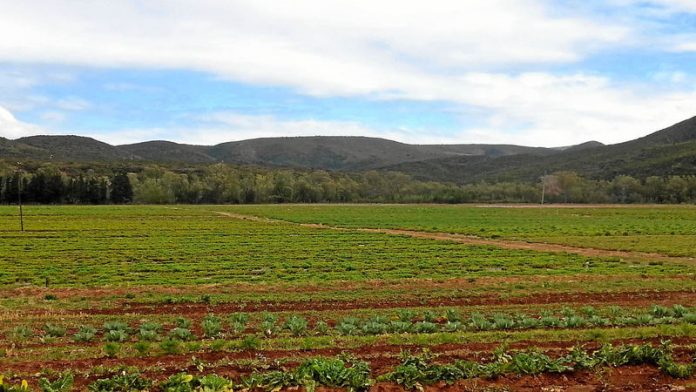 A cold front has swept through the Eastern Cape, and the cloud cover hangs grey and wet over the automotive town of Uitenhage.

About 7km outside the town on KwaNobuhle farm, the rain falls stutteringly on hectares of geranium, slightly bruising the leaves and filling the air with their musky and sweet scent. In a few months, the leaves will be picked, distilled and a concentrated oil will be sold off to the highest bidder.

The aim of a partnership between the local community, the department of science and technology, the Council for Scientific and Industrial Research (CSIR), and the European Union (EU) is to create rural development and industry through science, technology and innovation at KwaNobuhle farm.

The project produces a cross-bred rose-scented geranium strain on 28 hectares of land, which is owned by the Uitenhage Small Farmers Trust. By the end of the year, the land usage will increase to 35 hectares, says Marthinus Horak, manager for essential oils and medicinal plants in the CSIR's enterprise creation for development project.

"We've done the technical side and made the link to the market. We analyse the oil, show the overseas market and then send a sample," he says, likening it to selling wine.

It is expected that the land will yield about 900kg of geranium oil a year, the department of science and technology says.

The CSIR is the implementing agency for the project, which is owned by the Uitenhage Small Farmers Trust. The council is responsible for processing the distilled geranium oil, which turns it into the oil found in soaps and fragrances.

The project – which employs 31 people – is funded by the department and the EU's framework programme, but project manager Phumza Mfenyana says that they  should be able to make the project commercially viable.

It is important for the project to sustain itself because, as of the end of the year, the sectoral funding from the EU comes to an end. The total framework programme budget for 2008-2013 was about €12-billion, with €30-million earmarked for the Innovation for Poverty Alleviation Programme.

The projects that are funded are chosen in collaboration with South Africa, which EU ambassador Roeland van de Geer describes as an "important independent player" with a strong science and technology capability.

Asked what Europe got out of the collaboration, Van de Geer says: "It's not just altruistic. It is in Europe's interest that Africa is developing, peaceful, prosperous." The EU is South Africa's largest trading partner.

But the most important thing is for the project to be self-sustaining. Horak says that, at the moment, the project costs about R1.5-million a year to run, including wages and fuel. Since the Uitenhage Small Farmers Trust owns the farm and project – the majority of employees also came from the trust – profits go into the trust.