Murphy’s law: Courts must be courageous 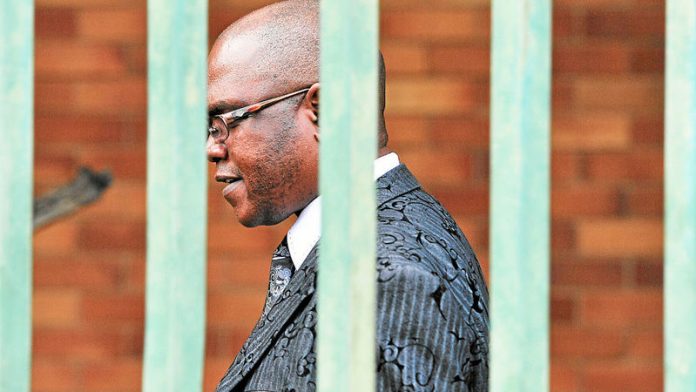 Judges by the name of Murphy have grasped the nettle in the northern and southern hemispheres this past week.

In Britain, Judge Peter Murphy, faced with a female witness in a niqab, initially ruled that she could not give evidence without revealing her face.

These sorts of cases not only put the judges concerned into the full glare of media attention (in Britain it was soon revealed, for instance, that the learned judge writes rather racy novels in his spare time) but also under considerable personal pressure.

Amid howls of protest from some quarters that accused him of cultural insensitivity, the first Murphy called for Parliament to decide on the matter.

Wisely, he recognised that there are some matters best left to Parliament, and that judicial policymaking has inherent dangers of legitimacy and credibility.

In a constitutional democracy such as South Africa's, where the Constitution is the supreme law, there are likely to be frequent opportunities for courts to intervene.

Yet there are growing concerns about the "politicisation" of South Africa's courts: that judges are being compelled to resolve factional fights within parties or disputes about institutional authority that should best be left to what in American political discourse are called the "political branches of government" – Parliament and the executive.

The second Murphy was clearly alert to such concerns on September 23. He painstakingly reminded his readers of the basis for a judicial review of administrative action by the executive arm of government: "At times it would be naive of the courts to pretend to be oblivious to the political context and consequences of disputes before them. In politically contentious matters, the courts should expect to be called upon to explicate the source, nature and extent of their powers."

Murphy's 30 000-word judgment (written and handed down, it should be noted, in an admirable 11 days from the date of the hearing) examines in great detail the case he faced, which involves at its heart a partisan decision to withdraw the serious charges of murder and corruption.

As the judgment observes, when Mdluli appealed to the president in 2011 for his support in avoiding the various criminal and disciplinary charges, he "tactlessly stated: 'In the event that I come back to work, I will assist the president to succeed next year.' "

As the judge surmises, although Mdluli "did not explain how he would assist the president … it is reasonable to assume that he had in mind the conference of the governing party in 2012 at which president [Jacob] Zuma was re-elected as party leader for a second five-year term. His entreaty to the president implies that Mdluli believed he had it in his gift to use his influence and the means at his disposal to the advantage of the president."

On the role of the courts in reviewing such matters, Murphy says: "There has been much public commentary in the media in relation to this case, which has sought to represent the issue of contestation to be about the extent of judicial power in relation to the executive. There is an important and legitimate element of truth in that.

"A danger exists though in the arising of a false perception that the courts when exercising judicial review of prosecutorial decisions may trespass illegitimately into the executive domain."

This is the real nettle that the court grasps: the power to review decisions not to prosecute.

"Courts all over the world are reluctant to interfere with a prosecuting authority's bona fide exercise of the discretion to prosecute," the judgment says.

Noting that the decisions of the Constitutional Court and the Supreme Court of Appeal have not yet finally settled the matter – specifically whether or not a decision not to prosecute constitutes an "administrative action" under the Promotion of Administrative Justice Act – Murphy takes the trouble not only to review the various previous relevant judgments but also to consider the constitutional basis for reaching his conclusion.

Now why does that phrase – "a prima facie case" – ring a bell? The original decision not to prosecute Zuma, back in 2005, when Bulelani Ngcuka, the then national director of public prosecutions, decided not to add Zuma to the charge sheet of his business associate, Schabir Shaik, was made despite what Ngcuka saw as evidence for "a prima facie case" against Zuma.

Was there a compelling reason for nonprosecution? We don't yet know.

What is important about a judicial review of such a decision is how an independent-minded court can pick its way through the various documents and other evidence, such as the memos and consultative notes that went between the key prosecutorial role-players in the Mdluli case – and which no doubt existed in the Zuma investigation, but which have yet to see the light of day.

That day may still come. The judicial review of the 2009 decision to drop the corruption charges against Zuma, shortly before he became president, will be heard in due course.

No doubt it will wend its way to the Constitutional Court, which will have to offer a final view on the reviewability of such prosecutorial decisions.

Mdluli's case is, therefore, and appropriately enough, a trial run for the president's case. Hence a great deal can be learnt from the judgment in the Pretoria high court.

The judgment takes great care to lay the basis for the court's exercise of power. It explains how a judge who "declines deferentially to review a decision not to prosecute, in the mistaken belief that he or she is mandated by the doctrine of the separation of powers to do so, will ironically be acting in violation of the doctrine of the separation of powers".

This principle is of even greater importance than the outcome of the case itself.