Removal of ‘foreigners’ from Tanzania met with outrage 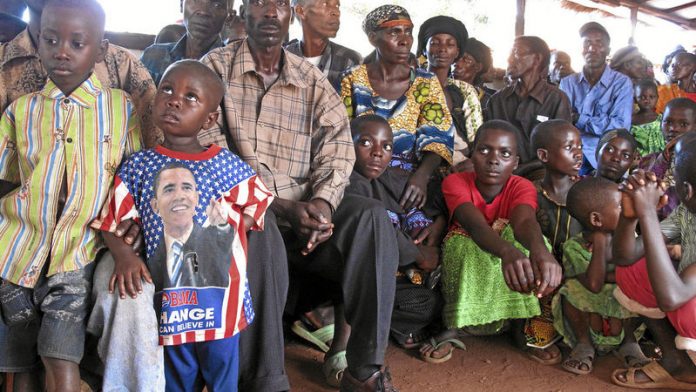 Tanzania's repatriation campaign of nearly 7 000 "aliens" has been strongly criticised in a number of quarters because several deportees have spent their entire lives in the East African country.

The operation, which started three months ago, has already overseen the repatriation of 6 809 foreigners. The official stated aim of the exercise is to curb robbery, the illegal ownership of firearms and to rid the country of illegal immigrants.

The order to deport the aliens was issued by President Jakaya Kikwete, who said he was incensed by the increase in the number of robberies reported in the northwestern part of the country.

The operation has been going on in the three regions of Kigoma, Kagera and Geita.

During the operation, Siro said, a number of firearms were also recovered, including four small machine guns, dozens of bullets and six hand grenades.

Tanzania has also been accused of deporting people who have lived in the country since birth.

The media in neighbouring Rwanda has persistently claimed that some of those who were being evicted alongside Rwandans were in fact Tanzanians who just looked like Rwandans and that people who had been born to Rwandans but had spent their whole lives in Tanzania were also forced to leave, though they had never even been to Rwanda.

The evictees, most of them children, mothers, old men and young women are predominantly from Tanzania's Kagera region.

In some parts, the eviction process has left behind broken families, whose houses were burnt down by security forces to ensure their relatives would not return.

According to reports, there have been allegations of harassment by Tanzanian security operatives who are enforcing the expulsion exercise.

Kigoma North MP Zitto Kabwe confirmed that there were refugees and actual Tanzanians who were also being evicted.

"I know of an old man who lives in Kigoma with documents from the United Nations [stating that he is] a refugee … I wonder why the government denies that it doesn't deport such people," he said.

"There is evidence of a person dumped at the Democratic Republic of Congo embassy in Kigoma.

In one instance, he said, some people were being evicted and taken back to Burundi on claims that they were not Tanzanians, but other members of the same family were being left behind.

"For how long will Tanzania live in a state of denial?" Kabwe asked.

He also denied some foreign media reports that as many as 25000 people had been forcefully expelled in the past month.

Mwambene also refuted claims that illegal immigrants were being harassed.

"The reports are aimed at tarnishing the good image of our country, it is not true," he said. "Our country has for a long time been home to many refugees … What we are trying to do is to weed out illegal immigrants. We still have refugees here, who are living according to the regulations we have."

According to the government official, Tanzania was still home to 264000 refugees.

He said that 64172 refugees from the Democratic Republic of Congo and 175473 Burundians were living at a camp called Nyarugusu in the Kigoma Region.

Others from Burundi were living in Mishamo, Katumba and Ulyankulu, and those from Somalia (a total of 2128) were living in the Chogo refugee camp in the Tanga region.

Sylivester Ernest is a 2013 winner of the David Astor Journalism Award. He is on attachment at the Mail & Guardian