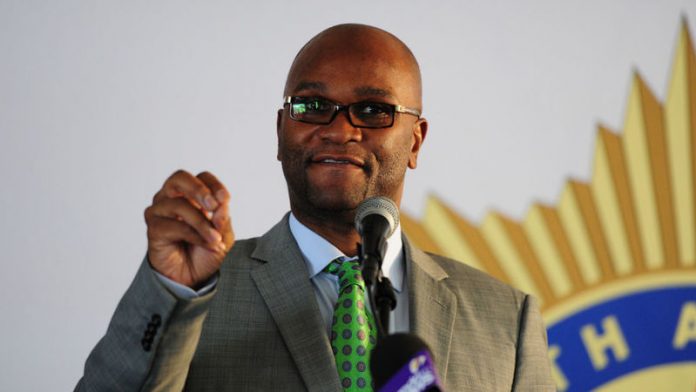 The Constitutional Court has unanimously dismissed an attempt by Police Minister Nathi Mthwethwa to have a commission of inquiry into policing in the Western Cape declared unconstitutional.

Western Cape Premier Helen Zille instituted the commission in August 2012, after the Social Justice Coalition and other parties lodged several complaints about the state of policing in that province.

The police approached the high court in Cape Town for an urgent interdict against Zille's commission, as it had begun issuing supboenas for police witnesses. The application was dismissed.

Among the concerns of the Social Justice Coalition was the state of vigilante killings in Khayelitsha and the alleged failure by the police to investigate these crimes.

In a judgment authored by Deputy Chief Justice Dikgang Moseneke and delivered on Tuesday, the Constitutional Court noted that these attacks resulted in the deaths of at least nine people.

Moseneke held that the case concerned a dispute over national and provincial competencies – an issue which fell within the exclusive jurisdiction of the Constitutional Court.

The police argued that Zille had not met her co-operative governance obligations and should have declared an intergovernmental dispute before exercising her powers to appoint the commission. The court found that she was not obliged to do so.

Overstepped powers
Mthethwa further argued that the premier had overstepped the powers vested in her by the Constitution as premier by appointing a commission with the power to subpoena police members to give evidence. This was because policing was strictly a national competency, the police said.

The court noted that control of the police is a national competency, and the provinces' role in relation to policing was diminished under the 1996 Constitution, and is now limited to monitoring, overseeing and liaising functions. But "that is not the end of the inquiry", said Moseneke.

"While a power has no control over police function, it has a legitimate interest that its residents are shielded from crime and that they enjoy the protection of effective, efficient and visible policing …

"The pertinent question before us is, once constituted, a provincial commission of inquiry may require members of the police service to appear before it under subpoena.

"In my view, the competence to appoint a provincial commission of inquiry into police inefficiency and its alleged dysfunctional relations with any community is part of a constitutionally-mandated scheme through which provinces are entitled to monitor and oversee the police function within their area of remit," said Moseneke.

Section 206(5) of the Constitution "targets a commission of inquiry" as one of the mechanisms which provinces have to hold the police to account, said the court.

Additionally, Moseneke said section 206(5) of the Constitution gives the premier the power to appoint commissions of inquiry that can "investigate" matters, and that such a commission would be toothless without coercive powers.

Duty to protect residents
​The court also found the premier had a duty to protect the residents of Khayelitsha from having their rights infringed on by alleged police ineptitude.

The police said the commission’s terms of reference was too broad. But Moseneke said the constitutional scheme did not propose that complaints about policing needed to be related to specific incidences only, and that they could relate to "broader and systemic concerns about police functioning".

"Even so, the terms of reference appear to be limited to an investigation of the functioning of the police service rather than the structural problem of crime in Khayelitsha," said Moseneke.

The applicants, including Mthethwa and national police commissioner General Riah Phiyega, were ordered to pay the costs of the Social Justice Coalition in the high court and the Constitutional Court, including the costs of two senior counsels.