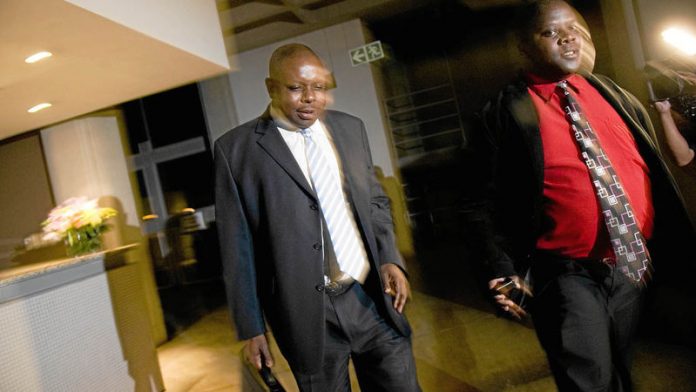 A Judicial Service Commission (JSC) tribunal hearing into a complaint of misconduct against Cape Judge President John Hlophe is invalid, the tribunal heard on Tuesday.

Selby Mbenenge SC, for Constitutional Court judges Chris Jafta and Bess Nkabinde, said the tribunal's legitimacy was at stake because the rules governing it were invalid.

"This tribunal is not a properly appointed structure as the rules applicable to these proceedings make no provision for its creation," he said.

He said the rules of the tribunal were also invalid since they were not published in the government gazette by the minister of justice, in terms of the unamended JSC Act.

"In our view the failure to publish the rules in question is fatal and the rules cannot be relied on," said Mbenenge.

"The entire proceedings becomes a nullity. There was in the first instance no complaint to investigate – there was no inquiry to conduct."

Mbenenge said Jafta and Nkabinde were entitled to raise the defence that they were not obliged to subject themselves to the proceedings.

'A right not to testify'
He said that "strictly speaking" the two were not party to the proceedings, however they made submissions in the anticipation that they be called to testify.

"They have a right not to testify before an illegitimate structure," said Mbenenge.

"Our submission is, crudely speaking, that we must pack and go, all of us. There is nothing to postpone."

The hearing has been postponed until Thursday when a validity judgment will be made.

In 2008, the two judges alleged Hlophe approached them while they were considering an aspect of a corruption case involving President Jacob Zuma and arms company Thint in the multibillion-rand arms deal.

The justices regarded discussing the case with them as an attempt to improperly influence its outcome and a complaint was lodged.

Hlophe, affronted that the judges had sent a copy of the complaint to the media before he had time to respond to it, laid a counter complaint. A lengthy stop-start parallel process of JSC hearings and court challenges ensued.

The matter was ultimately heard in the Supreme Court of Appeal with rulings in favour of Western Cape Premier Helen Zille and lobby group Freedom Under Law.

Complaint against Hlophe
Courtenay Griffiths, QC for Hlophe, questioned on Monday why, if the decision to lodge a complaint against Hlophe was a collective one between all the Constitutional Court judges, Jafta and Nkabinde were being represented separately from the other judges at the tribunal.

"[The tribunal] is dependent on the initial two and yet those two appear to stand in a different position to the rest."

According to a 2009 joint statement by Jafta and Nkabinde, the two said they had not lodged a complaint against Hlophe and did not intend doing so, said Griffiths. – Sapa