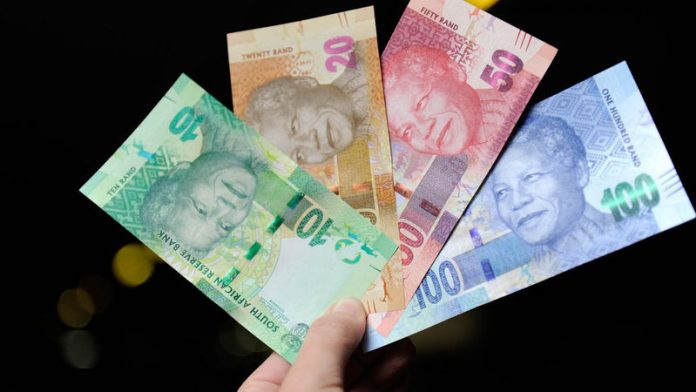 South Africa's structural problems are holding back growth and job creation, and leave it increasingly vulnerable to emerging risks, the International Monetary Fund warned in its 2013 country report on South Africa on Tuesday.

The country is destined to continued sluggish economic growth and higher current account deficits, leaving the economy exposed to both internal and external shocks, said the report.

The rising fiscal deficit and current account deficit, which the IMF forecast at 4.9% and 6.1% of gross domestic product (GDP) respectively for 2013, leaves South Africa vulnerable to the reversal of capital inflows and at the mercy of investor sentiment.

To boost lacklustre growth, forecast at 2% for 2013 and 3% in 2014, and begin addressing "unacceptably" high levels of unemployment, structural reforms have to be rolled out faster, according to the fund.

The main risks to South Africa's economic outlook is the reversal of capital flows and a "disorderly adjustment" in the fiscal and current account deficits.

The triggers could be either external – notably changes in investor sentiment and "a global repricing of risk" due to the unwinding of unconventional monetary policies in advanced economies – or internal such as a "further escalation in domestic labour and social unrest", the fund said.

The country is also vulnerable to "a further weakening of growth in Europe or a slowdown in China and other emerging markets, particularly if accompanied by a weakening of commodity prices", it said.

Reforms to the country's product markets would "spur competition, lower entry barriers and prices, and promote innovation", according to the fund.

These could include giving the Competition Commission greater powers to deal with the abuse of dominance by firms, as well as increasing the costs for uncompetitive behaviour.

"Consideration should be given to reducing the number of tariff bands, lowering tariffs, and removing tariffs on imports of raw materials and intermediate inputs."

On the labour market front it said that reforms and steps to address skill mismatch would contribute to job creation.

The IMF said "limiting the practice of extending collective bargaining outcomes to firms that did not participate in the bargaining – especially SMEs – would increase wage flexibility and reduce barriers for entry for [small and medium enterprises]".

It also said that proposals to restrict the use of temporary employment contracts, which was responsible for a large share of recent employment growth, should "be resisted".

Education outcomes also had to be improved, noted the fund, while more vocational training was needed to reduce the skills mismatch.

In a response to the report, the treasury said that the issues the IMF raised had already been captured in government policies and programmes, including the NDP.

"At its lekgotla in August, Cabinet agreed on a number of measures aimed at reigniting economic growth," the treasury said.

"These measures are in part informed by the recognition that the South African economy can no longer rely heavily on the global economy to reignite growth and create job opportunities for the millions of unemployed South Africans."

It was agreed that the focus of government, business and labour must be on accelerated implementation of domestic plans to grow the economy, the treasury said.

The state had undertaken measures to include efforts to resolve the energy constraint; increase investment in infrastructure; increase the prospects for youth employment; and intensify support for the development of small business.

It also remained committed "to fiscal consolidation and the need to rebuild fiscal space".