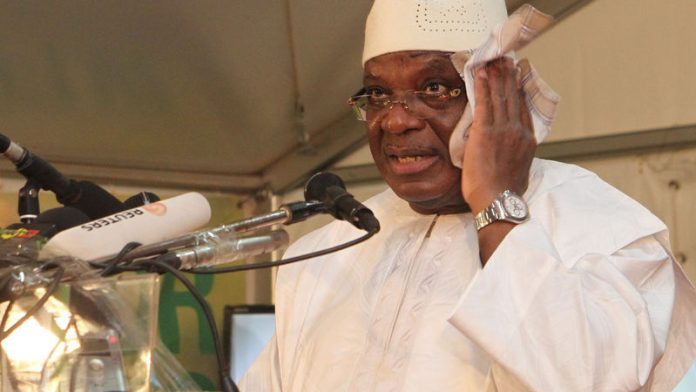 Mali President Ibrahim Boubacar Keita will on Tuesday cut short a visit to France amid renewed fighting between insurgents and the military in the African nation.

Insurgents launched a fresh attack against the Malian army in the rebel bastion of Kidal on Monday, the military said, after weekend violence following the breakdown of peace talks.

Keita will meet France's President François Hollande on Tuesday morning as scheduled but will then return home, shortening his trip by two days, a source in his entourage in Paris said.

"The situation demands his presence and if it wasn't for the meeting [with Hollande] he would already have returned," he added.

The National Movement for the Liberation of Azawad (MNLA), which is fighting for autonomy in northern Mali, ambushed soldiers at a bank, the scene of a fierce firefight on Sunday night, a senior Malian army officer said.

"Our position at the bank in Kidal was attacked early this [Monday] morning by MNLA troops. We responded and we have brought the situation under control," the officer said.

Panicked residents ran back into their homes in the busy downtown area as gunshots rang out around 7am (07.00 GMT), an aide of the regional governor Adama Kamissoko said.

'Army has agreed to leave'
An African military source from the UN's Minusma peacekeeping force in Mali told Agence France-Presse (AFP) around four hours later that the fighting had stopped but he was not able to say if there had been injuries or deaths.

"Minusma has arrived and calmed the situation for the moment. Minusma will take control of the bank, and the Malian army has agreed to leave," he said.

"We have asked each side to go back to its own camp, including reinforcements from the Malian army and rebels who arrived in the city yesterday. The situation is calm for the moment."

The MNLA, the main Tuareg group involved in peace talks between rebels and the government, which broke down on Thursday, said three of its fighters had been wounded during Sunday's gun battle, which lasted more than an hour.

The clashes in Kidal followed two attacks on soldiers – one by an al-Qaeda-linked group – since Tuareg rebels pulled out of the talks, dealing a blow to hopes of a durable peace in the troubled west African nation.

The mainly secular MNLA took control of Kidal in February after a French-led military operation ousted al-Qaeda-linked fighters who had piggybacked on a Tuareg rebellion to seize most of northern Mali.

The Malian authorities reclaimed the city after signing a ceasefire deal with the MNLA but the situation has remained tense.

Suicide bombers
While the MNLA remains a largely secular cause, Mali has also suffered a series of attacks claimed by Islamist insurgents since France launched its military operation in January.

Four suicide bombers blew up their car at a military barracks in the desert city of Timbuktu on Saturday, killing two civilians in an attack claimed by the north African group al-Qaeda in the Islamic Maghreb (AQIM).

An AQIM spokesperson praised "two of our brave suicide bombers", whom he said had detonated "more than a ton of explosives", according to the Mauritanian Alakhbar news agency.

The spokesperson said the explosion killed 16 soldiers and wounded many more, contradicting the army's statement that four suicide bombers were in the car when it exploded and two passers-by were the only people killed.

Dozens of disgruntled soldiers involved in Mali's 2012 coup fired guns in the air at a protest on Monday, wounding and taking hostage a close aide of mutiny leader Amadou Sanogo, military sources said.

The soldiers, based in the garrison town of Kati, near the capital Bamako, are unhappy at not having been promoted alongside colleagues also involved in ousting then-president Amadou Toumani Touré in March last year.

Early Tuesday, the family of the hostage, Colonel Habib Diallo, told AFP he had been released and taken to hospital suffering from bullet wounds to his leg. – AFP