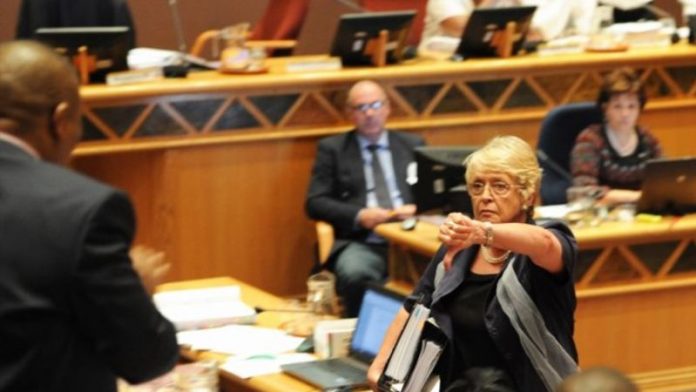 "The ANC today [Wednesday] again tried to take control of Tlokwe illegally by switching council agendas and sneaking in a motion of no confidence in the Democratic Alliance executive mayor," the DA's North West leader Chris Hattingh said in a statement.

"The meeting … could not be constituted since it was not quorate."

"They are evading a similar democratic process which culminated in the unseating of Maphetle Maphetle as mayor of Tlokwe," he said. "It is the same DA councillors who have evaded previous council meetings because the DA wants to cling to power and subject the people of Tlokwe to the leadership of a minority party."

Maphetle has been unseated twice, the first time in December 2012, then again in July 2013.

In July this year, the ANC expelled 14 councillors in Tlokwe after its provincial disciplinary committee found them guilty of misconduct for participating in the motion of no confidence against Maphetle.

Stealth
Hattingh said the ANC's Tlokwe councillors, without council quorate, put reasons forward in the meeting to the local government MEC to conduct a Section 139 intervention in Tlokwe and to appoint an administrator to take control of the council.

"This is an obvious attempt to re-instate ANC control by stealth," he said.

"Since the DA took over in Tlokwe, the ANC has done everything in its power to destabilise the council and prevent real service delivery from happening," he said.

Morolong said claims that the ANC was not prioritizing service delivery were "ludicrous and unfortunate".

"If we were to juxtapose the mayorship under the DA and that of the ANC, we will proclaim for all to know that Tlokwe under the ANC has scored strides in the interests of service delivery," he said. "What the ANC has achieved, the DA will never be able to achieve in a lifetime." – Sapa

The ANC has won all six contested wards in the Tlokwe by-elections to take back control of the embattled municipality.
Read more
Advertising
Continue to the category
Coronavirus