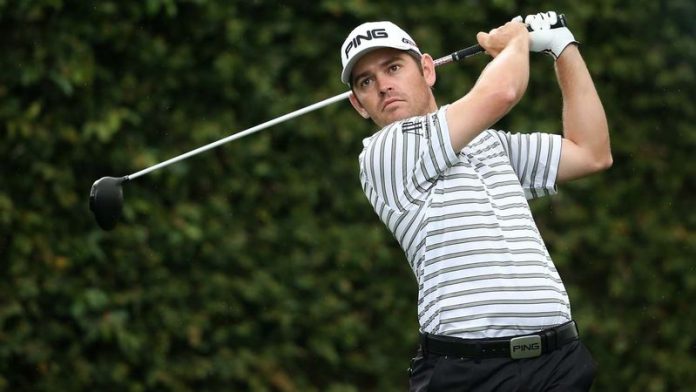 Louis Oosthuizen feels fine about his golf game at the Presidents Cup despite missing two months due to neck and back issues, but his new too-short haircut feels like an injury.

The 2010 British Open champion and 2012 Masters runner-up to Bubba Watson unveiled his shorn locks on Tuesday as the internationals practiced ahead of Thursday's start of their biennial showdown with the American side.

"We had haircuts and there was a barber that came out and it didn't work out as well as we thought," Oosthuizen said.

"He ended up almost shaving everything off."

South African friend and teammate Charl Schwartzel also had the close-scalp trim before players decided they had seen enough.

"Walking into the team room last night, the two of us, we looked like we came straight out of the army," Oosthuizen said. "Looking at each other, we just laughed. Hopefully that gets the guys' spirits up. There were about six of us that were supposed to get it and they stopped at Charl."

Oosthuizen played last week at the Dunhill event in Europe and declared his back fit enough for this week. "I've played a lot of rounds the last two weeks and it feels good," Oosthuizen said.

But that haircut is. "I didn't expect it to be that short," he said, rubbing his scalp. "A bit longer than this."

Schwartzel, the 2011 Masters champion, saw his friend's haircut and still went for it. "Louis and myself, we were basically the guinea pigs," Schwartzel said.

"He went first and basically lost all his hair. I figured I just needed a little touch up on the sides and ended up losing all my hair. None of the other guys volunteered to go.

"Only time is going to heal this problem. We just wanted a haircut and it ended up being something I probably could have done myself."

South African Branden Grace was in the waiting line for a haircut before he saw the others.

"There were six of us waiting," Grace said. "I saw he shaved right to the top of the head and I thought that's a bit of a dicey one coming in. I'd rather give this one a skip. "We really took the laugh out of them at the dinner."

"If they started toward me with scissors, I knew it was not going to turn out well. I think it was a trick the US team did to us. But it was funny."

Four-time major winner Ernie Els was shocked when he saw Schwartzel, whom he has known since childhood.

"I didn't even recognise Charl when I walked in the room," Els said. "Walked straight past him. I had to do a double take. It was like, 'What the hell happened to you?' They didn't even cut our hair like that in the army. But they won all the money today, the two little rascals. We had a ton of money we played for and they won the most. Maybe they can grow their hair with that." – AFP