TV series ’24’ gets an Indian makeover 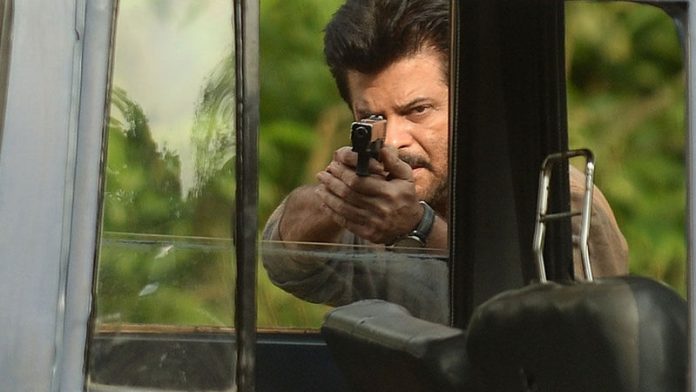 American action hero Jack Bauer is set for an Indian makeover later this week as the hit series 24 undergoes its first foreign adaptation featuring one of Bollywood's biggest stars.

Ahead of the television premiere on Friday, Kapoor said the writers of the show had retained the backbone of the original – in which each season covered 24 hours in the life of Bauer – but with a definite Indian twist.

"The flesh and blood is Indian. In India we are definitely much more melodramatic and conservative," Kapoor, who also produces the series, said while ruling out any of the lavish song-and-dance routines for which Bollywood is famous.

Kapoor wanted to bring the 12-year-old series to India after taking up a role in the US season eight, in which he played the president of the fictional Islamic Republic of Kamistan.

He leveraged his contacts and understanding of the US show to obtain the rights for the Hindi remake – put together with just 5% of the US budget, yet making it one of the most expensive shows on Indian television.

Bigger than the challenge of getting the rights to the film was the task of finding a willing Indian TV channel partner, he said in an interview from the set in Mumbai.

"They were excited but no one was ready to give money for fiction. They want to invest in reality shows and stars but not content. So we have done the best we can to get the same scale and aesthetics," he said.

Cost restrictions
Eventually, entertainment channel Colors stepped up and now one season is set to appear at a prime Friday night viewing time across the country on cable networks.

Despite the cost restrictions, Kapoor said he and director Abhinay Deo had tried to follow a similar blueprint and crew size to the US production, which needed almost 350 people to put each show together.

"The size of the crew, budgets, scale, performances, workshops, cranes, trucks, equipment meant it was almost as big as doing a movie," Kapoor said.

He remained tight-lipped on plot developments, but said the American presidential candidate in the original version of season one would be replaced by a younger Indian prime minister-in-waiting, played by Neil Bhoopalam.

"After so many years as an actor and producer, while I was working on 24 and reading the scripts, I felt it was relevant for India now. And with the quality of shows on Indian TV today I felt the timing could not be better," he said.

Bollywood stars Shabana Azmi, Anupam Kher, Richa Chadha and Rahul Khanna will appear alongside Kapoor, along with Indian theatre and TV actors such as Tisca Chopra, who plays Kapoor's wife, and Mandira Bedi as his colleague in the anti-terrorism unit.

Kapoor says his character is different from Sutherland's interpretation.

"Kiefer and I are two different people from two different value systems, cultures and worlds who look and feel completely differently about issues and situations," he explained.

Education and opened our minds
The award-winning actor, who has been working in Bollywood for four decades, admits that Danny Boyle's Oscar-winning Slumdog Millionaire, in which he played wily quiz show host Prem Kumar, was a game-changer.

"It changed the lives of everyone connected with it," he said, adding that it gave him the chance to work on international projects, meet Hollywood stars such as Sutherland and Tom Cruise, and to attend foreign awards shows.

"We took a lot from that film. It gave us exposure, education and opened our minds," said Kapoor, who has since become one of India's most recognisable actors abroad.

The 53-year-old also had a cameo in Mission Impossible – Ghost Protocol, which he said he "had fun" doing.

"In India, you get stereotyped as an actor. But in the West, any role – small or big – does not slot you. You grace a film, you respect it. You can do two or four scenes in a Hollywood movie and make an impact," he said.

"But here if you do a small part it is either termed 'a guest appearance' or might just get deleted in the final edit."

Kapoor believes Bollywood is becoming more professional, although he suggested that the popularity of commercial Hindi movies at home has hindered their move towards international success.

"Our self-sufficiency is one reason why we have been unable to create world-class films," he said. – AFP