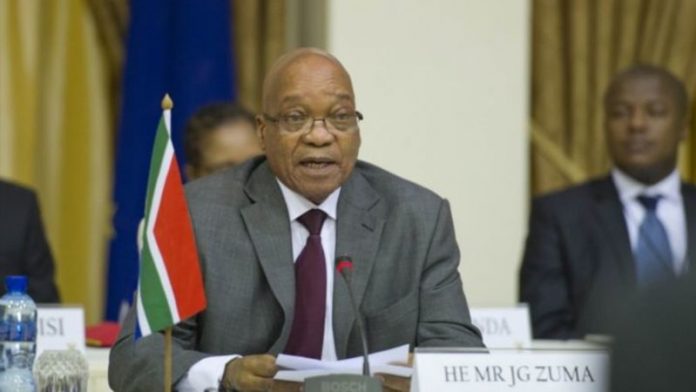 Addressing the first national summit on broad-based black economic empowerment (B-BBEE) in Midrand, Zuma said "fronting is unforgivable as it distorts our empowerment picture giving an impression of progress where there is none.

"It is for this reason that we will work hard to prevent and eradicate this practice."

Zuma stressed the importance of B-BBEE as an integral part of government's economic policy and economic transformation.

"It is part of a broader objective of promoting inclusive growth and economic development," he said.

"I would like to emphasise as well that economic transformation is not just about big business deals for few individuals in society."

B-BBEE policy should consistently be implemented across all parts of the economy to ensure maximum impact on as many South Africans as possible.

Disposable income had increased by 43%, and total employment by 3.5-million jobs since 1994.

As a result of these developments the growth of the black middle class had been impressive, from 1.7-million people in 2004 to an estimated 4.2-million in 2012.

Unacceptable poverty
However, while strides had been made, the levels of poverty, inequality and unemployment were "unacceptable".

"More importantly, we are yet to see the growth of black industrialists despite government's aggressive focus on boosting the manufacturing sector," said Zuma.

Government would encourage the growth of more small medium and micro enterprises (SMME) owned by black people, since "the backbone of any growing economy will depend on the SMMEs sector".

It would have a huge impact on job creation and skills development in the economy, said Zuma.

Black economic empowerment, while important, should not be talked about all the time, otherwise there was a risk of becoming prisoners of the past.

"We must come to a point where the mention of race [disappears]."

Earlier, Trade and Industry Minister Rob Davies said that with 2013 marking a decade of BEE legislation, BEE was not only a political imperative but also "a matter of equity" and "economic imperative".

South Africa's prospects of economic growth would be hobbled if the pool of participants remained small.

"The imperative remains fundamental," he said.

"There was far too much passive shareholding deals," the minister said. "There was significant fronting in this economy."

Fraud
​Fronting was essentially a form of fraud, with the small print of complex transactions often stopping empowerment taking place.

To tackle this problem, a B-BBEE commissioner would be established as part of amendments to B-BBEE legislation.

Other amendments would see B-BBEE codes revised and the number of categories reduced from seven to five.

Davies said a strong symbiotic relationship was required between big and small businesses.

Skills development and ownership were also important, as was lightening the burden on small black-owned businesses.

To this end, changes to the B-BBEE Act would also see the removal of expensive verification processes, to be replaced by an affidavit alluding to a small company being black-owned. – Sapa