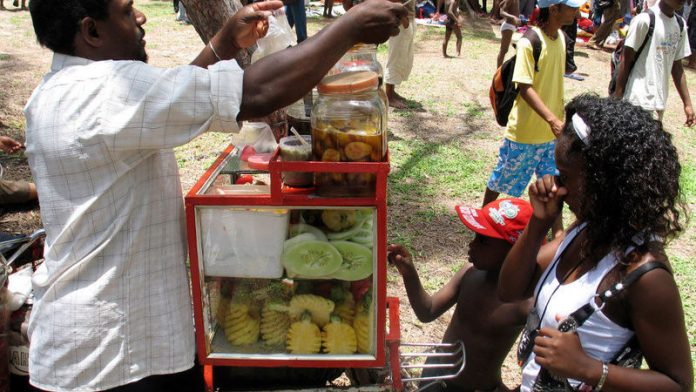 Françoise Lionnet is a professor of comparative literature and director of the African Studies Centre at the University of California in Los Angeles.

Originally from Mauritius, Lionnet is at the forefront of several fields, and is perhaps best known for her theoretical work on creolisation.

Her scholarship speaks to issues of globalisation and culture more generally – in particular, how minority communities and island cultures have shaped and contributed to broader patterns of human experience. She is a Mellon distinguished visiting scholar at Wits University, where she has delivered a series of lectures summarising her work.

One of your most recent books is entitled The Creolisation of Theory. What draws you to creolisation as a concept?

The concept of creolisation first emerged in the field of linguistics to describe the creation of new contact languages under colonisation and slavery. It was initially limited to the study of "dialects" and "patois", which were believed to be bastardised forms of communication developed by slaves and indentured servants using the European languages of their masters in the New World. Today, linguists agree that creolisation is a universal phenomenon.

All English and Germanic languages began as creolised languages that continue to absorb new idioms. Globalisation is accelerating this process in new and unforeseen ways. In Africa, Afrikaans and Swahili can be considered "creoles". Swahili is the lingua franca of the Indian Ocean coastline, from Somalia to Mozambique and the Seychelles. It is a language of hybrid cultures, has a 100-year-old poetic tradition, and draws its linguistic resources from other languages.

Creole languages originated in the most advanced cultures of their day. Contrary to the belief that they represent an impoverished residue with little historical depth, they present a basic model for the origin of all languages.

The stigma against creole languages is the result of prevalent 19th-century views shaped by the same racism that undergirded colonial expansion, slavery and social abjection. Creole languages affirm the creativity and agency of the peoples who speak them.

Being from Mauritius, how has this background informed your scholarship?

The languages, literatures and oral cultures of my native island have always been a major interest of mine. I was trained in comparative literature and in my first book I wrote about the genre of autobiography, starting with St Augustine of Hippo and ending with contemporary Caribbean, African-American and Mauritian writers.

Augustine was North African and raised under Roman rule. His relationship to Latin, in which he wrote, was similar to that of many other native writers who had to become literate in a colonial language, but retained strong links to their mother tongue. Such issues resonate with me as a multilingual Mauritian.

This question is linked to the fundamental linguistic rights of populations whose forms of oral expression are integral to their identities. These local cultures are not passive recipients of global influences. Rather, they are actively reworking influences from Europe, Asia, Africa and the Americas, producing their own creolised mixes in the process, just as during the colonial era.

The problem, of course, is that "global" languages such as English, French or Hindi can easily displace smaller ones. So, there has to be a political will to support local languages, to encourage local forms of expression, from music to poetry and the visual arts. Kreol is now taught as a required subject in all the public schools in Mauritius. This is an important step toward the democratisation of education.

You have also explored the idea of "minor transnationalism". Can you discuss this expression?

Postcolonial studies, as defined by scholars such as Edward Said, Homi Bhabha and Gayatri Spivak, have privileged the study of coloniser-colonised hierarchies and counter-discourse theory – the "writing back" to Europe in the language of the coloniser.

This was an important first step towards dismantling the influence of that centre. But there have also been transversal dialogues among thinkers, writers and artists from the "peripheries" that have bypassed the metropolitan centre.

I addressed this in a comparative study of writers from African-American, Caribbean and Mauritian contexts. This "minor transnationalism" of Francophone, Lusophone and Anglophone thinkers has existed since the 1930s.

Today, transversal dialogues are the norm among many minority cultures. Unfortunately, more common conceptions of "resistance" continue to imagine a single oppositional consciousness to a dominant culture, excluding other forms of creative participation.

The multifaceted ways in which minority cultures affirm their identities through transnational networks need to be better recognised.

How do you perceive the future of Indian Ocean studies? What cultural, historical and political questions still need to be addressed?

I fervently hope that Indian Ocean studies will not become dominated by the English spoken around its shores in South Africa, India or Australia. Arabic, Swahili, Portuguese, Dutch, French, Malagasy, Cantonese, the Creoles of Reunion, Mauritius and Indonesia, and of course the other native languages of India and Africa are the repositories of popular cultural memories that cannot always be "translated" into the medium and imperium of global English.

A vast amount of research has also been done in French, Dutch and Portuguese. Collaborative projects that can cross into these diverse linguistic territories are essential to a full historical, social and political understanding of both the internal dynamics of local populations and patterns of mobility that have put different peoples in contact, creating such communities as the diasporic Siddis of India, an Afro-Indian group whose artistic practices are barely beginning to be examined. In the European imagination, Africa was long perceived as isolated.

Yet, the 5 000-year-old history of the Indian Ocean demonstrates the active part Africans took in exchanges with Asia long before European imperial intrusion. Understanding these connections is crucial to world history today.

?Christopher J Lee is a lecturer at the Centre for Indian Studies in Africa and in the department of international relations at the University of the Witwatersrand. He is the editor of Making a World after Empire: The Bandung Moment and its Political Afterlives (2010)