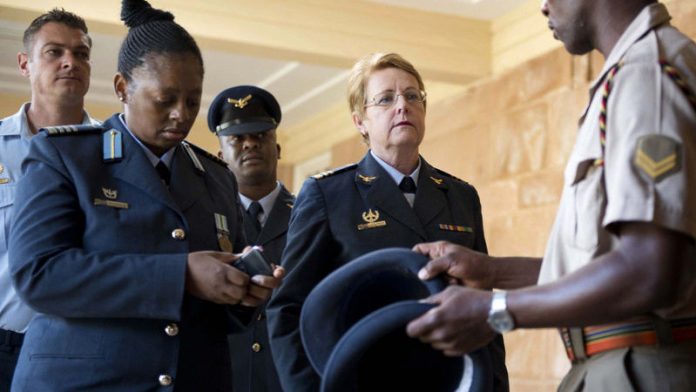 President Jacob Zuma – and, by extension, the influential Gupta family – appear to be increasingly safe from any consequence of the irregular landing of a private jet at Waterkloof airforce base earlier this year, even as new evidence details the level of political pressure military officials faced.

The primary evidence now before a military tribunal, which could be the final inquiry into the matter, for the first time links Zuma to the flagrant disregard for protocol and security that allowed wedding guests to use the base as a private airport, by way of a sworn affidavit.

But it is untested and probably untestable, and may have the unintended consequence of distancing Zuma further from the events of May this year.

There also appears to be no likelihood that any newdamning evidence will emerge, unless Zuma himself is summoned to appear before the military fact-finding commission, a move all the more unlikely for the difficulties it would create if a civilian commander-in-chief was treated as answerable to a military body.

In evidence first published by the Beeld newspaper this week, the officer at the centre of events, Lieutenant Colonel Christine Anderson, reiterated that she had facilitated the landing of the plane of wedding guests from India on instructions that seemed to emanate from Zuma himself. However, her statement makes it clear that she believed Zuma wanted the plane to use the air base only because she was told so by Bruce Koloane, then the chief of state protocol.

Koloane is, according to the government, on record as stating that he lied in using Zuma’s name to arrange logistics for the wedding, and has been internally disciplined and demoted as a result.

That leaves the military tribunalsitting in Pretoria without confirmation of Anderson’s statement. No witnesses have been called to test it, nor have any witnesses been asked to refute it. As such, the tribunal must accept it.

Even should Koloane repudiate his earlier explanation (in essence, that he acted of his own accord), he would be claiming to have lied about lying, making him a deeply unreliable witness.

If it wanted to test Anderson’s statement, the tribunal would be left with one viable witness: the president.

On two previous occasions, Zuma has avoided directly accounting for the allegations of name-dropping. First, Zuma was not questioned during an intergovernmental task team investigation into the landing. But his office was adamant that he did not give Koloane instructions. Then, during a parliamentary debate on the issue, Zuma was not present. The office of the chief whip said Zuma was not a member of Parliament and was not obliged to attend "every snap debate".

The evidence before the tribunal gives no indication that any documents or other objective evidence exists, besides Anderson’s statement, that would so much as imply the existence of a directive from on high to allow the Gupta family to use a military base as a private reception centre.

Nor is there any indication of direct involvement by any members of the Gupta family in putting pressure on military officials to facilitate the landing. Instead, Koloane appears to have acted as a conduit for requests from local representatives of the Indian government, representatives who enjoy diplomatic privilege.

As the Mail & Guardian reported at the time, a request was sent from a provincial minister in India to meet the Free State provincial government.

With the invitation officially accepted, every indication was that the plane landing was the product of a comedy of errors on the part of the officials concerned, who may or may not have believed they were acting in a way that would please Number One, but did not have any direct instruction from the president.

But this does not explain why Anderson submitted her affidavit, under oath, which linked Zuma and Koloane. She clearly believed Koloane was under pressure from Zuma at the time her affidavit was submitted into evidence, long after Koloane recanted.

Several new potential security failures associated with the Gupta plane, some with implications for national security, have been revealed in new evidence before a military tribunal, and first reported by Beeld this week.

A litany of security failures

The list of actual and potential failures now includes:

• Normal procedures that would prevent visitors from wandering about the base freely were poorly implemented, or not followed at all, placing few restrictions on the movements of the guests;

• Passengers on the plane could not be monitored by CCTV cameras because the air base’s system was not functional at the time. This means there is no record of their movements or actions while on a restricted military base;

• Officers feared that passengers could have had the opportunity to plant surveillance devices on the base. It was subsequently swept for eavesdropping bugs;

• Air force members who work at the base struggled to gain access to parts of it on the day of the guests’ arrival. This implies that the response to an emergency, military or otherwise, could have been significantly delayed; and

• Guests and their luggage were never subject to customs inspections due to a failure of communication between various departments.