The science behind transport 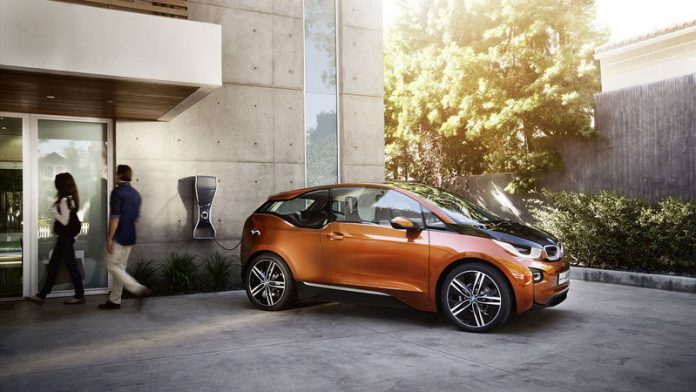 We are running out of fossil fuels, traditional fuels are expensive and global warming is always in the news.

Which are three good reasons why scientists have been working on alternative ways of getting us from A to B.

So far the London buses are only making the modest change from deisel to electricity. In future you could find that the Number 27 no longer has a driver, just autonomous driving technology.

It would be less chatty than the typical bus driver, but at least it wouldn't take shortcuts.

Or maybe buses and taxis will disappear completely and bus stops will be served by a vortex that sucks you up and spits you out at your next destination in a millisecond.

Perhaps that's a bit fanciful for now, but we already have a slew of electric cars and a few self-driving versions.

Success of electric cars
Electric cars are nothing new. They were popular in the late 19th century until petrol versions became cheaper and easier to refuel. But electricity is having a revival due to environmental issues.

They are propelled by an electric motor running off a rechargeable battery.

Because they don't burn fuel they don't deplete oil resources or create harmful emissions and generate pollution, that's enough to persuade numerous mainstream manufacturers that electric cars are the future.

At the moment they are still expensive because the engines are costly to develop and produce, and most of us won't spend more just to reduce our carbon footprints.

And while we've gone beyond jokes about electric cars only running as far as the extension cable, the infrastructure to recharge them is still lacking, particularly in South Africa.

That will come in time, however, since electric cars are cheaper to run, have fewer moving parts in the engine and don't need servicing as often.

South African born Elon Musk is the man behind the Tesla Motors' electric cars, and he's experimenting with laptop battery technology to halve the cost.

Tesla has sold about 12 700 vehicles and claims its technology no longer means sacrificing performance to reduce your carbon footprint.

"The experience of beating a gas-guzzling sports car off the line is exhilarating — and using less energy to do it makes the Tesla grin that much bigger," the company says.

Some manufacturers are testing battery-switching options so drivers can switch to a new battery at a roadside switching station.

Others are offering fast charger stops that can recharge a battery to 80% power in half an hour.

A nationwide fast charger network is under way in the US and is also being tested in Japan.

The top-selling all-electric cars are the Nissan Leaf, with sales of 75 000 by August this year and the Mitsubishi i-MiEV, which has sold 30 000.

Hybrid cars have a longer track record with an electric motor and rechargeable battery alongside the conventional engine. That reduces fuel use and lowers emissions, and when the battery runs flat the ordinary fuel takes over.

Biofuels vs hybrids
The Natural Resources Defense Council in the US says hybrids cost about half as much to operate as conventional vehicles.

Another version is the plug-in hybrid, with larger batteries that you recharge from an ordinary socket at home.

The Chevy Volt was the first mass-produced plug-in hybrid, with models also coming from Toyota, Ford and Hyundai.

London's newest red buses are using hybrid engines that make them quieter, cleaner and greener than diesel, cutting emissions by at least 30%.

They also have regenerative braking, which means they generate electrical energy when the brakes are pressed.

That energy is stored in the battery and drives the electric motor.

Over in Brazil, passengers in Curitiba can catch the world's longest bus running on biofuel. The Volvo bus is 28m long and runs on biodiesel made from soybeans.

In general, however, biofuel vehicles have been less successful then electric versions and studies show that corn ethanol, one common form of biofuel, has questionable emissions benefits.

At a recent Gartner seminar in Cape Town, Gartner vice president Tom Scholtz said cars will soon have the ability to drive themselves and to be pre-programmed for where to go.

Smart devices inplanted in them will communicate with chips in other machines to keep them on the straight and narrow.

So when a nearby car park lowers its rates for the evening, your car will receive an alert and will drive itself in to save you money. But don't worry about not finding it again if it isn't where you left it.

You'll have already programmed it to collect you from outside the pub at a certain time, Scholtz said.

In September Nissan won a license to test an autonomous car on Japan's public roads.

The car is an all-electric Leaf that can switch lanes, exit highways, and stop at red lights.

BMW, General Motors, Ford and Volkswagen are also developing self-driving vehicles and the Society of Automotive Engineers expects fully autonomous vehicles to reach the showrooms by 2025.

Some are already able to steer themselves into parking bays and spot and avoid pedestrians or cyclists.

While scientists are overcoming the technological challenges, changing our attitudes will take even more talent.

An article in Forbes magazine in September said that although the first vehicles with modest self-driving capabilities should arrive by the end of the decade, a survey by ORC International found only 18% of consumers would buy one.

Two-thirds admitted they wouldn't feel safe being a driver in name only, while only 22% would feel confident entrusting their family to a self-driving car.

Yet if anything they should be safer than erratic humans, who drive while phoning, texting or taking other unnecessary risks.

Interestingly, Google has covered about 500 000km in its autonomous cars with few incidents.

In August 2011 one of its cars was involved in a crash, although Google claims it was being driven manually at the time.

Hyperloop
As well as being the co-founder of Tesla Motors, Elon Musk is the chairman of SolarCity, which provides solar equipment and is now installing recharging stations for electric cars.

But he's much more famous for designing the Hyperloop, a high-speed transportation system to link two cities that are less than 1 500km apart, such as Johannesburg and Cape Town.

Sadly the Hyperloop needs a physical structure, since this is potential science fact, not "Beam me up, Scotty" fiction.

So the proposed $6-billion plan features a pair of partially-vacuumed steel tubes linking the cities and supported by pylons every 30m.

The fun part is that passenger capsules inside the tube are blasted at high speed on a cushion of air and boosted by a magnetic linear accelerator at stages along the journey.

Capsules carrying 28 people could depart every 30 seconds from each end, moving 7.4-million people each way, each year.

Induction motors propel the pods and solar panels on the tube would generate the energy to operate. Passengers would enter and exit at either end of the tube, or at branch stations along the way.

You could even take your car in a cargo pod. As long as it's an electric model, presumably.