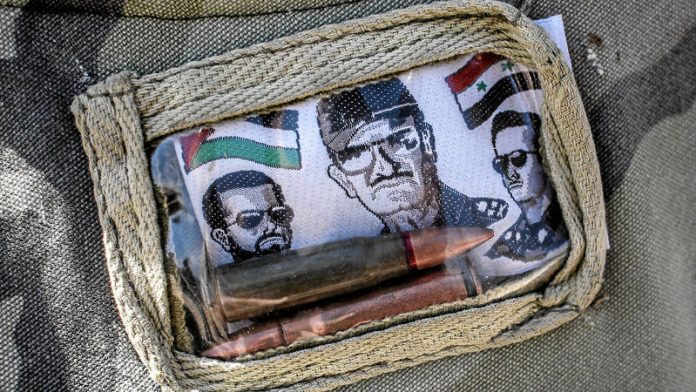 Across the north and east, the Islamic State of Iraq and the Levant (ISIL) has set up checkpoints on roads to border crossings, and opened fronts to crush other rebel groups fighting to oust President Bashar al-Assad.

Residents have told AFP of a strategy that involves ISIL taking over resources and routes using brutal methods aimed at forcing the population into submission.

Analysts and activists on the ground have also noted the tactic.

"ISIL has been acting in such a way as to aggressively assert itself within the complex multi-dimensional insurgent theatres in northern and eastern Syria," said Charles Lister of IHS Jane's Terrorism and Insurgency Centre.

Jihadists have even sought to justify the strategy on Internet forums by accusing Western-backed groups, including Ahfad al-Rasul and the Northern Storm brigade, of acting like the US-funded "Sahwa" who fought Al-Qaeda in Iraq.

'Easy access to new recruits'
But Lister said ISIL had adopted a "perceivable strategy of acquiring and consolidating control of areas on Syria's borders with both Iraq and Turkey", ever since it came on the scene in the late spring.

"This allows the group easy access to new recruits, sources of funding and supplies," he told AFP.

"It's by no means impossible that it intends to put a stranglehold on the ability of moderates (rebels) to secure sustainable levels of supplies from across the borders," Lister added.

Havidar, a Kurdish-Syrian activist and citizen journalist who has covered fighting between ISIL and Kurds, said ISIL's endgame was to establish an Islamic state.

"ISIL doesn't have an ideological problem with the Kurds or with anyone else. It just wants no other group to have any arms or self-sufficiency, to create a state that extends from northern Syria into Iraq," he told AFP.

Another activist in Raqa, near the Turkish border, said it was now virtually impossible to leave Syria without crossing through one of their checkpoints.

Antagonism
ISIL has a grip on Raqa, the only provincial capital in Syria that is completely out of Assad's control.

Though tensions between it and other rebel groups – even Islamists – have simmered for months, the opposition has sought to keep that antagonism buried.

But ISIL's takeover of the border town of Azaz in mid-September, at the expense of the area's Northern Storm brigade, brought tensions to a head.

This week, six Islamist groups with a nationwide presence, including Liwa al-Tawhid, Jaysh al-Islam and Ahrar al-Sham, urged ISIL to withdraw from Azaz.

A fighter with one of these groups said: "ISIL has succeeded… in making enemies with all the factions, including the Islamist groups."

Speaking on condition of anonymity, he said ISIL aimed to "take control, but that is not going to happen, because the factions… are aware of what that means, especially after the Iraqi experience".

Some Sunnis who opposed the US-led invasion of Iraq were supportive of insurgents including those linked to Al-Qaeda, but tribesmen, some militants and civilians later turned against the group over killings and other abuses it carried out.

'Terrified to speak out'
A humanitarian aid worker based on the Turkish border with Syria warned that ISIL's strategy threatens the entire population.

The ongoing closure of the Bab al-Salameh border area near Azaz by the Turks after ISIL-rebel clashes there "has and will affect the movement of people and goods", she said on condition of anonymity. "This ISIL takeover of checkpoints near the border will severely effect not just Azaz and the neighbouring towns, but the governorate of Aleppo as a whole."

But so far, despite antagonism from an array of rebel and Kurdish groups against ISIL, it is unclear how and when they will act to stop it.

A high-level security source in Damascus said the Assad regime hopes the rebels will "eventually ask the army for help to fight ISIL".

Havidar said many were "terrified to speak out" against the group.

"But they will eventually," he said.

"The problem is Assad's regime is still standing, and it is fighting everyone but ISIL, because it is doing exactly what it wants." – Sapa-AFP