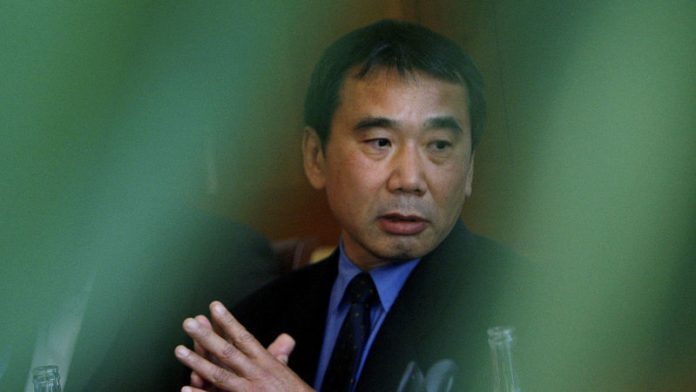 Malala Yousafzai (16) shot in the head by the Taliban last year for demanding education for girls, gave a speech at the United Nations in July saying she would not bow to "terrorists" who thought they could silence her. She is a favourite for the peace prize among experts and betting agencies.

"I have Malala Yousafzai on top," Kristian Berg Harpviken, director of Oslo-based peace research institute PRIO, told reporters. "The EU [European Union] got the prize last year and the EU prize was poorly understood and fundamentally questioned in many quarters."

One obstacle could be her age. Tawakkol Karman, a Yemeni human rights activist and youngest winner to date, was 32 when she received the prize and some experts argue the prize would overburden such a young woman. Yousafzai is living in London and still facing Taliban threats.

Murakami is very popular in Japan, but has also become well known abroad for his works which deal with isolation and love and bring the surreal into everyday life.

His first novel, Hear the Wind Sing, was published in 1979, but Murakami first leaped to literary stardom in 1987 with Norwegian Wood, a bleak coming-of-age story dominated by grief and loss and named after a Beatles song.

Since then, his works, including Sputnik Sweetheart, Kafka on the Shore and 1Q84 — which sold one million copies in the first month in 2009 — have all been bestsellers.

His works veer between the surreal and the mundane, often featuring characters isolated from the world, either metaphorically because of loneliness or mental illness or physically existing in a parallel reality.

Accolades in Stockholm — which will start being awarded on Monday — will go also to medicine, physics, chemistry and economics. Oslo will name the peace prize winner on Friday.

The discussions on the prizes are wrapped in secrecy. The 18 members of the Swedish Academy who award the Nobel prize for literature are only allowed to discuss the prize within the walls of the Academy itself. Minutes are only made public half a century after the meetings.

It is extremely rare for the name of any winner to leak out, though 2010 was an exception when Swedish newspaper Svenska Dagbladet got a tip that test-tube-baby pioneer Robert Edwards had won the award for medicine.

The annual prizes created in the will of dynamite tycoon Alfred Nobel were cut by 20% to eight million crowns ($1.20-million) last year as returns on its roughly $450-million fund fell amid years of global financial downturn.

"I very much doubt that I would propose increasing the prize money," Nobel Foundation executive director Lars Heikensten told Reuters. "There are reasons in the world to try and be safe."

Scientists who predicted the existence of the Higgs boson — the mysterious particle that explains why elementary matter has mass — are Thomson Reuters' top tips to win this year's Nobel prize in physics.

The two possible winners are Britain's Peter Higgs — after whom the particle was named — and Belgian theoretical physicist Francois Englert, according to Thomson Reuters' Nobel prediction expert David Pendlebury.

His forecasts are based on how often a scientist's published work is cited by other researchers, and his system has accurately forecast 27 Nobel prize winners since 2002.

Potential winners for economics include Sam Peltzman and Richard Posner of the University of Chicago for their research on theories of regulation.

In medicine, those tipped include Adrian Bird, Howard Cedar and Aharon Razin, from Britain and Israel, for work on a process known as DNA methylation, which helps determine how and when genes in the body are switched on.

Among potential chemistry winners are US scientists MG Finn, Valery Fokin and Barry Sharpless for developing so-called "click chemistry", which has applications in diagnostics and in making surface coatings with unusual properties. – Reuters