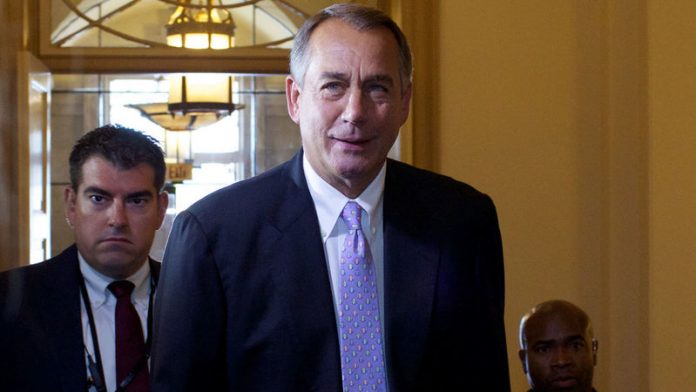 The Pentagon said on Saturday it would recall the vast majority of some 350 000 civilian Defence Department employees sent home during the government shutdown, in a move that could greatly lessen the impact of the shutdown on America's armed forces.

Defence Secretary Chuck Hagel said a legal review of the "Pay Our Military Act," signed by President Barack Obama on Monday on the eve of the shutdown, would allow him to bring most furloughed civilians back to work next week. The Pentagon's comptroller estimated at least 90% would return.

The announcement came as Democrats and Republicans in the House of Representatives agreed to pay all furloughed employees retroactively once the government reopens. It was a rare moment of cooperation in the House as the two parties were entrenched in their positions on the shutdown. The US Senate is expected to go along.

But the actions did not solve the basic problem — the failure of Democrats and Republicans to settle their political differences and agree on a Bill to fund and reopen the government.

The House measure prompted Democratic Representative Louise Slaughter of New York to suggest that since the employees were going to get their salaries anyway, "why don't we just let them come back to work?"

"This whole thing is crazy," she said.

Outside the Capitol where Congress was meeting on Saturday, two small children sat at the foot of the stairs holding placards reading: "End the shutdown" and "Stop acting like children".

As they moved into the second week of a shutdown, members appeared no closer to finding a way to end it, or to head off a possible default by the government on October 17, the deadline for Congress to increase the government's authority to borrow money.

Talk of using broader budget deals to bring the stand-off to an end has picked up in recent days, but without any visible result.

Democrats say Bills to fund the government and raise the debt ceiling could be resolved quickly if House of Representatives Speaker John Boehner permitted votes on simple, no-strings-attached measures.

But most House Republicans want strings attached, including one aimed at crippling Obama's signature healthcare law, popularly known as Obamacare, and Boehner has so far refused to promise votes on either, in part because he could face a revolt that might cost him his job.

Democrats have already begun efforts to force a vote on the shutdown using complex and time-consuming parliamentary procedures.

House Democratic leader Nancy Pelosi sent a letter to Boehner signed by 195 of 200 House Democrats, demanding a vote on a Bill to reopen the government without any rollback in Obamacare.

Pelosi said if Boehner did so, they would agree to the Republicans' government funding level for the next six weeks, more stringent than the Democratic level, which has already been approved by the Senate.

Democrats are also trying to persuade Boehner to convene a "conference committee" with the Senate to discuss broader budget issues, something Boehner has resisted, fearing that Democrats might use arcane House rules to bring other measures to the House floor, such as raising taxes on the wealthy.

Pelosi made what she called "an unprecedented offer". She said if he would permit a House-Senate conference on funding for the rest of the year, Democrats would surrender their right to use the rules to add items that might embarrass Republicans.

Boehner's press secretary, Michael Steel, brushed off Pelosi's offer, saying, "At this point, it's Senate Democrats and the president who are blocking progress on reopening the government and providing the American people fairness under Obamacare.

The stand-off, which began at the start of the new fiscal year on Tuesday and shuttered all but essential government operations, was sparked by Republicans' determination to block or delay implementation of the healthcare law.

The law aims to provide healthcare to millions of uninsured Americans. Republicans argue it is a massive government intrusion into private medicine that will cause insurance premiums to skyrocket, put people out of work and eventually lead to socialised medicine.

Republicans are also seeking concessions in exchange for raising the nation's $16.7-trillion debt limit. If the borrowing cap is not increased, the United States could go into default, with what officials and economists say would be seriously damaging consequences for the US and global economies.

Democrats vow they will make no such concessions on the funding Bill or the debt ceiling.

Obama said in an interview with the Associated Press released on Saturday that he did not expect to have to take any unusual steps to prevent the United States from defaulting on its debt because he believes Congress will raise the debt ceiling.

"I don't expect to get there," Obama said. "There were at least some quotes yesterday that Speaker Boehner is willing to make sure that we don't default," he said.

"And I'm pretty willing to bet that there are enough votes in the House of Representatives right now to make sure that the United States doesn't end up being a deadbeat," Obama said.

Republicans blame the White House for the fiscal deadlock, saying the president is refusing to compromise.

After the House vote on retroactive pay, Kevin McCarthy, the Republican majority whip, said his party was ready to negotiate with Obama and his fellow Democrats. "The president is here this weekend, we are here this weekend. Now is the time, since everyone is in town, to pick up the phone and talk," he said.

Scott Rigell, a Republican representative from Virginia who has called for a "clean" vote to fund the government that does not involve Obama's healthcare law, said as far as he knew, there were no behind-the-scenes negotiations between Republicans and Democrats over the shutdown or the debt ceiling.

"No one is talking," Rigell told Reuters.

Facing public anger over the government shutdown, House Republicans have adopted a strategy of voting piecemeal to fund some popular federal agencies — like the Veterans Administration, the National Park Service and the National Institutes of Health — that are partially closed.

Democrats have rejected that, arguing Congress has a duty to pass a Bill funding the entire government. – Reuters