A fairly Delicious treat for music lovers and foodies 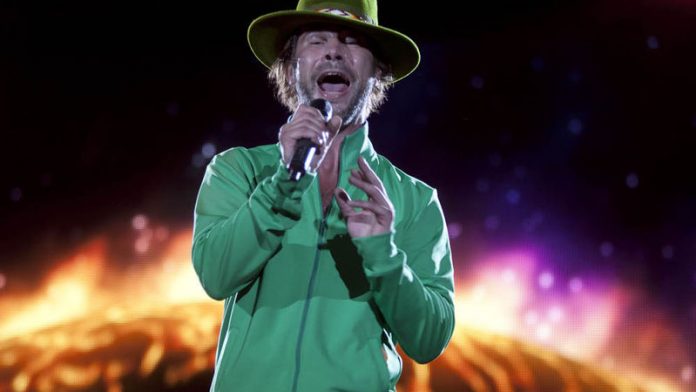 Described by the event organisers as a "music festival for food lovers or a food festival for music lovers", the weekend's Delicious International Food & Music Festival lived up to its description. But just about.

With a music line-up that included a list of artists such as headlining UK act Jamiroquai and local stars Mi Casa, Khuli Chana and Lira, Delicious tried to match the music weight with an almost equally sound food experience.

On the menu at the event, which took place over two days at the Blue Hills Equestrian Estate in Kyalami, Jo'burg, was an assortment of cuisines – from Mexican tacos to Greek gyros, Thai stir fry and paella.

Bathong. The heat, that great Argentinian sandwich are conspiring against me! I just wanna nap now! #DeliciousLife #TheItis

But the festival lacked African and South African cuisine – except biltong – as well as a selection of vegan meals, which it tried to make up for with innovative artisanal stalls and food sessions, such as the food pairing slot with Castle Milk Stout. A wide selection of beverage options were on sale, such as fresh, whole coconuts from Mozambique – chopped with machetes and served with vodka, and fruit smoothies.

Mummy & I sipping on a lemon mint smoothie #deliciouslife pic.twitter.com/xWU2UKD3Ft

As the hot sun beamed downed, the long queues at the bars, food stalls and ATM, as well as the lack of ice on such a the sizzling day, had festival visitors irate.

Big shout out to @nedbank for being the only mobile bank operator at the DStv Delicious Festival all weekend! @FNBSA thumbs down

Music treat
The headline act of the festival Jamiroquai was well worth waiting for in the scorching heat on Saturday and Sunday, drawing fans towards the stage in droves to experience the British funk masters in person.

The band, led by frontman Jay Kay, thrilled the eclectic crowd with their hits Cosmic Girl, Alright and Virtual Insanity among others.

From drinking his beer on stage to swinging a bra thrown at him, Jay Kay had the crowd eating out of the palm of his hand with his goofy persona and dance moves.

Though Lira and Chana hardly had a crowd to perform to, the South African Music Awards-winning artists were ever the professionals with their electric performances.

Mi Casa had the crowd on their feet and got them ready for Jamiroquai with These Streets, La Vida, Heavenly Sent and their latest single, Jika, off their second album Su Casa.

Sadly the same can't be said for South Africa's Danny K. The Brown Eyes singer could barely reach all the high notes that has recently become part of his musical style and had many confused by his rendition of Daft Punk's Get Lucky, Kanye West's Heartless ?and even one of his own collaborations, You're the Voice.

As the show came to an end on Sunday night, the inaugural event proved to be fairly logistically successful – leaving a lot of festivalgoers slightly worse for wear on Monday morning.