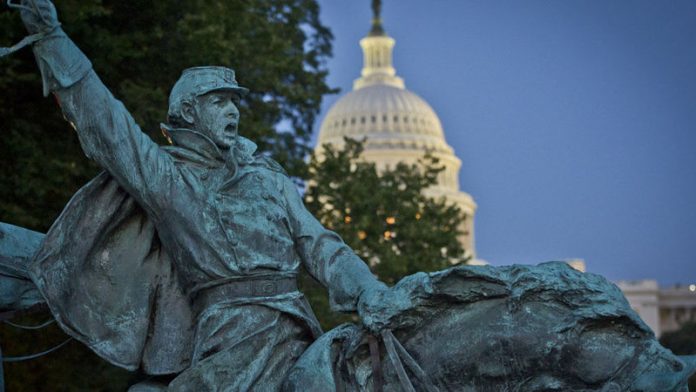 The on-going political stalemate between Congressional Republicans and Democrat US President Barack Obama will continue to preoccupy global markets in the week ahead. As both sides dig in their heels, parts of the US government remain shuttered.

Elsewhere in the world, South Africa and large portions of Europe will update on manufacturing numbers over the coming days. China will provide a snapshot of lending and Australia will report unemployment. Here is your guide.

Africa
South Africa and Ghana will report last month's reserve figures on Monday. Economists expect the South African Reserve Bank's numbers to show that gross reserves edged up to $48.05-billion from $47.95-billion in the previous month.

On Tuesday, Ghana will report last month's consumer price index readings. Ghana's inflation rate fell in August, and is likely to have remained subdued in September, but the Public Utilities Regulatory Commission's announcement on September 25 that power and water tariffs will be raised by 79% and 52% respectively from October 1 will increase price pressures moving forward.

Inflation reports from Angola, Egypt, Namibia and Zimbabwe will follow on Wednesday. Angola and Egypt are also likely to face price pressures over the coming months. Namibia's central bank expects inflation to remain within tolerable levels for the remainder of the year.

On Thursday, Statistics South Africa will report mining and manufacturing numbers for August. Consensus is that manufacturing output rose 5.8% from a year earlier, up from 5.4% year-on-year growth in July.

Beyond these set releases, Angola is expected to update on reserves and money supply in the week, as is Uganda. Senegal may report September's consumer inflation figures and second-quarter gross domestic product this week or next.

United States
The US government has been partially shutdown since October 1 and no progress appears imminent.

Republicans in the House of Representatives – the lower house of America's Congress – are seeking a delay in the implementation of a portion of Obama's signature healthcare reform programme. They refuse to pass comprehensive legislation to fund government operations without concessions.

Obama and Democrats in the US Senate have so far refused to negotiate and have given no indication that they will do so any time soon. Until one or both parties blink, parts of the American government will remain closed.

As the showdown drags on, markets are becoming increasingly concerned about another fast approaching event requiring Congressional approval. America will reach its self-imposed debt ceiling (borrowing limit) on October 17. Unless Congress approves an increase in the limit, the US treasury will soon be unable to issue additional debt to fund government operations or, possibly, meet payment obligations on existing debt.

The current shutdown touches only "discretionary" programmes, which comprise roughly 15% of the US budget. A debt-ceiling crisis would be much broader. Economists at Goldman Sachs estimate that the treasury will collect only 65% of the money it needs to cover spending in the month following the October 17 deadline. A delay in borrowing authorisation would require officials to quickly pull back on spending and/or default on payments to current bond holders.

Europe
A series of industrial production updates will dominate Europe's economic calendar this week. The Czech Republic and Norway are the first to report on Monday. Hungary, Spain and Turkey will follow on Tuesday.

Tuesday will also bring Germany's latest factory orders data, a leading indicator of production. Markets expect the data to show orders rebounded by 1% on a monthly, seasonally adjusted basis in August following a 2.7% drop in July.

Germany – Europe's largest economy and industrial powerhouse – will report production on Wednesday along with the Netherlands and United Kingdom. Analysts expect German output rose 1% in August from July, an improvement on the 2.7% decline from June. The UK probably managed to eke out 0.4% growth.

Thursday will bring the last of the week's manufacturing reports – from France, Romania, Sweden and Italy – as well as the Bank of England's latest monetary policy announcements.

Governor Mark Carney and his colleagues on the monetary policy committee are widely expected to leave the central bank's base rate on hold at 0.5% and the size of the bank's asset purchase programme unchanged at £375-billion.

Asia
Thursday is a big day for data and decisions in Asia this week. Japan's Cabinet Office will release August's machinery orders – a leading indicator of capital spending – and last month's consumer confidence figures. China will report lending and money supply data. Australia will update on unemployment. And South Korea will issue its latest rates decision.

Economists surveyed by Market News International expect Japan's core private-sector orders – which exclude volatile demand from utilities and for ships – to have risen 2% from July and 8.6% from a year earlier in August. Japan's Cabinet Office forecasts that core machinery orders will fall 5.3%, quarter on quarter, in the July to September period after rising 6.8% in the three months to June.

Consensus is that Japan's official consumer confidence index will have risen to 43.5 in September after having fallen to 43 in August. A reading below 50 suggests that consumers remain pessimistic.

Thursday will also bring new yuan lending and money supply data from China, the world's number two economy. Economists expect lending to have dropped to 658.6-billion yuan in September from 711.3-billion yuan in August. Money supply growth is expected to have slowed to 14% growth from a year earlier from 14.7% in the previous month.

Consensus is that figures from the Australian Bureau of Statistics will show that the country's employers created 20 000 jobs last month, not enough to budge the country's unemployment rate form its 5.8% level.

Finally, South Korea's central bank is expected to leave the country's base rate on hold at 2.5%.