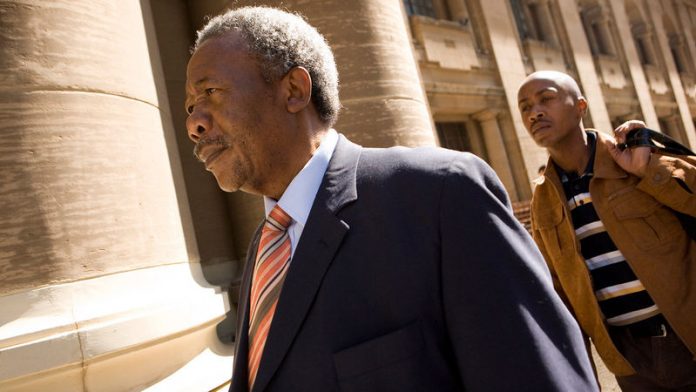 Former police chief and convicted criminal Jackie Selebi, who was released on medical parole in 2012 in a reportedly critically ill state, was photographed shopping in Pretoria, Beeld reported on Monday.

He was chauffeured in his BMW 6-series to a shopping centre in Monument Park to buy the Sunday papers.

Selebi spoke to a few shoppers before he bought his newspaper.

He walked without any assistance, and, according to Beeld, seemed to be in good health.

When reporters phoned him a few hours later to enquire about his health, he said he felt a little better and he hoped his condition would improve further.

Selebi said his illness kept him at home and prevented him from driving.

His sudden decline into ill health surprised independent doctors, who said that kidney failure was normally a disease with slow progression.

At the time of his release on medical parole, Correctional Services Minister Sibusiso Ndebele said Selebi was sent home because his department had limited capacity to provide care for terminally ill patients.

He collapsed at his house in December 2011 after his final appeal failed. – Sapa