Sustainable fishing will save oceans 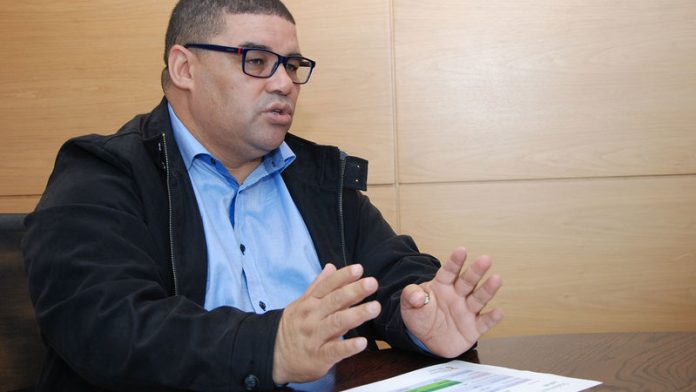 In the past 50 years, the global annual fish catch has increased fivefold. The search for new fishing areas has taken fleets into deeper waters and illegal fishing is further threatening species stocks.

Overfishing is wreaking havoc on the marine environment and is economically unsustainable.

The repercussions of the rape of the oceans' fish are felt across the world: there is no other business more globalised than seafood — it is the most traded primary commodity in the world.

As such, the environmental and social impact of what is harvested, sold or bought can be felt locally and across the globe.

Subsistence fishers are people living in remote coastal areas who are entirely reliant on catching seafood to feed their families.

Recreational fishers, such as shore and boat anglers, spear-fishers, shellfish and bait collectors catch sea life for sport or fun.

They require a valid permit to do so, must adhere to strict bag and/or size limits and are not allowed to sell their catch.

Commercial fishing is the formal sector and can range from small-scale fishers to highly industrialised multi-million rand deep-water trawlers for hake, sole and prawns.

In South Africa, it is the responsibility of the department of agriculture, forestry and fisheries to manage the nation's marine resources responsibly.

Stocks are divided into 22 species groups or sectors and the department has put specific recovery targets in place on four sectors: hake, West Coast rock lobster (better known as crayfish or kreef), abalone (or perlemoen) and line fish (around 200 species worth).

Catch sizes are closely and regularly monitored and records are kept for scientific analysis to gauge the progress of recovery.

"The offshore or industrial fishers require large vessels to target stock — in South African waters, these include hake, tuna, sardines and anchovies. These fishers are generally well managed in South Africa, there is less competition for the resource, there is relatively easy access to it and fishing can be policed and controlled.

"One of the compliance problems experienced is with the near-shore fishers, where resources such as abalone, linefish and rock lobster are relatively easy to access from the coast using smaller vessels and no technology.

"The challenges with the onshore zone focuses strongly on compliance, ensuring that only registered fishers access the resource," says Duncan.

Deputy director general for the department, Desmond Stevens, confirms that while hake figures are gradually recovering, the 35% improvement for West Coast rock lobster by 2021 looks possible and line fish recovery has enjoyed mixed success. The numbers for abalone, however, remain dismal.

South Africa is one of the few countries in the world that still has significant wild abalone stocks, but this is fast changing.

Once a lucrative commercial fishery, which in 2000 earned an estimated R100-million annually, rampant illegal harvesting and continued declines in the abundance of abalone saw the total closure of the fishery in 2008.

Confiscations of illegally caught abalone have increased rapidly since 2000, with a record high of more than one million abalone confiscated in 2006.

The department estimates that an average of about 14% of all poached abalone is confiscated.

By this, it is estimated that the illegal catch of abalone is as much as 10 times the commercial catch over the past decade and has been linked to other crimes, such as drug trafficking.

The decline in the commercial fishing industry and resultant job loss in the sector has seen a direct correlation with the increase in the incidence of poaching.

Although risky, poaching can be lucrative and many unemployed fishers are turning to the crime as an easy means of income.

"The department is constantly tightening the land-based monitoring of catches to ensure adherence to permit conditions, and is working closely with the South African Police Service and the National Prosecuting Authority to make certain that transgressions and poaching are both dealt with quickly and decisively," says Stevens.

Allocating fishing rights
Current legislation on the allocation of fishing rights is based on individual applications and the system has not proven fair to fishing communities and small-scale fishers.

By the end of 2013 there will be an amendment bill that pushes for the inclusion of a community-based rights allocation process.

Rights will no longer be allocated to individual fishers only, but also to the community in which they are registered to fish.

"The amendment sees a far more inclusive approach to fishing and will enable those from small-scale fishing communities to be a part of the harvesting process legally. We believe that involving the broader community in the management and policing of the resource will encourage a greater sense of ownership of the resource," says Stevens.

The process, however, can only be successful if there is a collective effort from all role players in the sector, including government, the police, the legal fraternity, business and the community.

Oceana Group chief executive and chairperson of the Responsible Fisheries Alliance, Francois Kuttel, says the challenge that the department faces in implementing the small-scale policy in sectors that are already under pressure should not be understated.

"It is imperative that the policy be implemented in a manner that does not adversely affect the sustainability of the targeted species or negatively affect the security of the employees currently active in the harvesting and processing of these species.

"The adoption of strict compliance measures, including more robust enforcement initiatives, will be critical to the success of this policy," says Kuttel.

This article has been made possible by the Mail & Guardian's advertisers. Contents and photographs were sourced independently by the M&G's supplements editorial team