Women muscle in on weight training 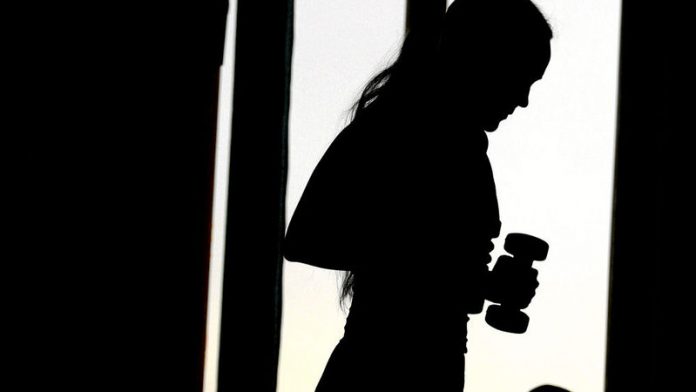 Two months ago, I was stopped in the gym by a portly, middle-aged man as I mopped the sweat from my eyes. "I had no idea women could do that," he said, staring at me as if I was half-Martian. He was referring to the heavy weight I had just lifted off the floor.

It was not the first time I had been patronised by strangers or even friends (one of whom told me recently that he hoped I wasn't going to "become one of those beefcake women"). So, had I enough breath to respond, I might have told him that in 2011 the American College of Sports Medicine published guidelines prescribing adults of both genders an exercise regime that includes muscle-strengthening activities on two or more days a week. These activities build muscle, reduce the risk of osteoporosis, osteoarthritis and type 2 diabetes, and could even lengthen your life.

In 1991, William Evans and Irwin H Rosenberg, both professors at Tufts University in the United States, published a study, titled Biomarkers. It established a number of factors that influence how we age, one of which was that the more muscle a person has, and the more strength there is in those muscles, the greater their life expectancy.

So why do so few women work out with weights?

"The industry has a lot to answer for," says Gymetrix founder, Rory McGown, who since 2011 has conducted more than 20 000 surveys in gyms in the United Kingdom. His research shows that, although cardio machine usage is split equally between men and women, only 7% of free-weight users are female.

"There's a stereotype of a groaning bodybuilding guy using the weights area," says McGown. "Lots of other people, including smaller, less experienced male gym users, want to, but many free-weights areas are not big enough."

Feminine appeal
The fitness industry is trying to tackle this. The British gym chain Fitness First recently rolled out "freestyle" sections in more than 80 of its gyms. The company's David Perrin said: "Our newer open-plan areas have huge amounts of variety, with kit such as dumbbells, kettlebells, steel bells and brightly coloured plyo boxes. We felt that women would feel more comfortable in these areas."

David Stalker, chief executive of UK Active, an organisation aiming to get more British people exercising, regards anything that gets women lifting as beneficial. "Some operators have opted to offer women-only sessions, others have moved their resistance equipment to less exposed areas. The important thing is that women do not miss out on the opportunity to strength train."

On the other hand, female participation in bodybuilding does seem to be on the rise. The UK's largest health and fitness exhibition, BodyPower, this year reported a twofold increase in female entrants to the Physique of the Week fitness modelling competition and a 25% increase in powerlifting.

But most women are still suspicious of weight training. Fears about "bulking up" are common, says strength and conditioning coach Nolan Sunnassee, but they are largely unfounded. "Because of much lower levels of testosterone, a woman's hormonal make-up is not designed to add large amounts of muscle mass. Unless she's training six hours a day, six times a week and taking steroids, it's not going to happen."

As long as many women still find gyms, and particularly weights areas, unwelcoming, male-dominated spaces, it will prove difficult to tackle such misconceptions.

Laura Blacklaws (30) has been doing resistance training either in a group or with a trainer since January. She would do it more often but won't go into the weights room alone.

"It's quite a manly room, and the guys that train there are big and fairly intimidating," she says.

But are these men really so bad? Jane, a journalist in her 40s, thinks so. "I won't stay long in the weights room. The men are preening themselves. They're so noisy too. It feels like the men are given the right to be loud and take up lots of space – and women give them that." – © Guardian News & Media 2013