Michael Douglas reveals he lied about his cancer 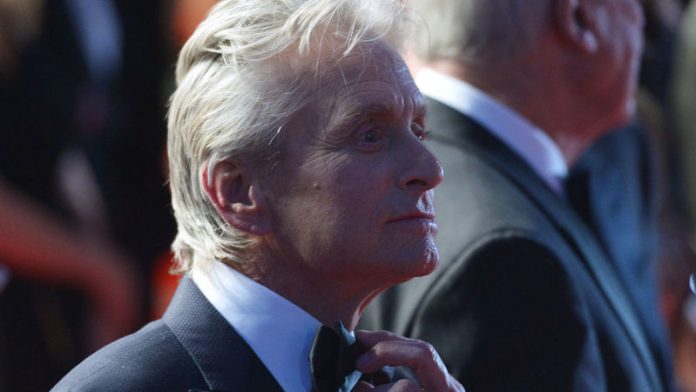 Michael Douglas has revealed that he lied about the type of cancer he was diagnosed with, following word from surgeons that tongue cancer could entail radical surgery.

Speaking to the actor Samuel L Jackson on the British ITV daytime show This Morning, the actor said he told the press he was suffering from throat cancer rather than tongue cancer.

"This was right before I had to go on a big tour for Wall Street, so we kind of said there's no way we can cancel the tour and say we don't feel well … you've got to tell them," said Douglas. "I said you've just got to come out and just tell them I've got cancer and that's that.

"But the surgeon said 'let's just say it's throat cancer'. I said 'OK, you don't want to say it's tongue cancer? Why's that?' and he said 'well, if you really want to know why, if we do have to have surgery it's not going to be pretty. You'll lose part of your jaw and your tongue and all of that stuff.' So I said 'OK sure'."

'Walnut-size tumour'
​Douglas (69) was diagnosed with stage-four cancer in August 2010 after a series of misdiagnoses. He has spoken about how a specialist in Montreal finally realised the severity of his illness after looking inside his mouth using a tongue depressor.

"I will always remember the look on his face," Douglas has said. "He said 'we need a biopsy'. There was a walnut-size tumour at the base of my tongue that no other doctor had seen."

In an interview with the Guardian in May 2013 Douglas revealed that his cancer was not caused by smoking but by the HPV virus, which comes from performing oral sex on women.

Douglas was speaking to promote his role as Liberace in Steven Soderbergh's biopic Behind the Candelabra, for which he has since received a best actor Emmy. – Guardian News & Media 2013

‘Yes, Michael Douglas, you did blame your throat cancer on oral sex’