It seems people can’t wait for me to die, says Selebi 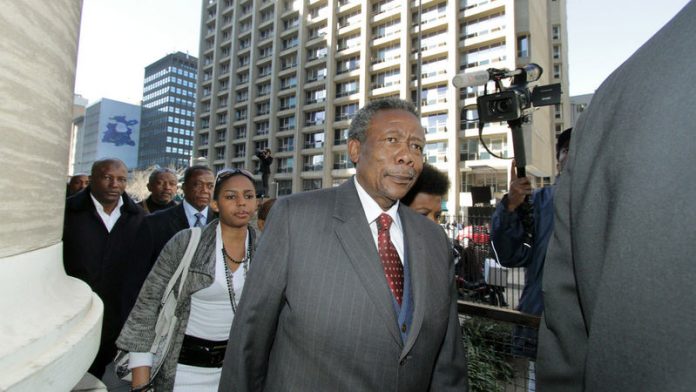 "The only time it gets difficult is when you get people who give you an impression that they can't wait for you to die.

"They don't say it, but from what they do, you get an impression that these people just can't wait that I die and if they could speed it up, they would do it," Selebi told the newspaper.

The terminally ill former police commissioner was responding to claims that he was seen shopping in Pretoria.

Selebi, who was sentenced to 15 years in prison, was released on medical parole after serving less than a year of his sentence.

'Jackie is sick'
He was said to be suffering from end-stage kidney disease brought on by his diabetes.

His wife, Anne Selebi, quit her job to take care of him.

She told City Press it had not been easy.

"I like seeing him getting better. But to get these reports that he's up and about and he's in the shops, they hurt. Jackie is sick. They know he's sick. It's just that now he's a little better and dialysis keeps him going," she said. – Sapa

Mbeki guilty of misinterpreting the law