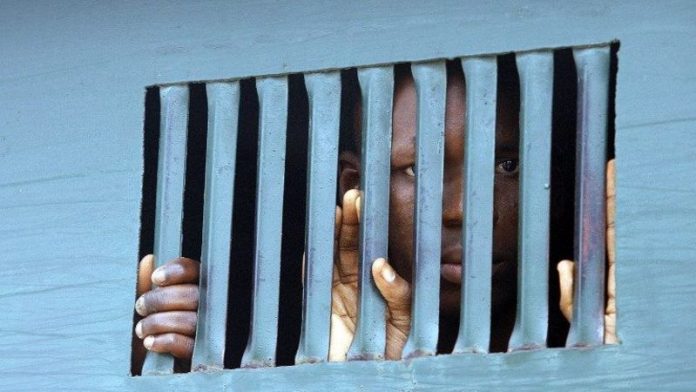 Nearly 1 000 people, mostly suspected Islamist militants, died in Nigerian prisons in the first half of this year, Amnesty International said on Tuesday.

Amnesty said some of the 950 victims were suspected to have been executed but many died because of the harsh, overcrowded conditions of the prisons.

Some starved to death. Others died after being shot or badly beaten then getting no medical attention.

"The evidence we've gathered suggests that hundreds of people died in military custody in 2013 alone. This is a staggeringly high figure that requires urgent action by the Nigerian government," Lucy Freeman, Amnesty International's deputy Africa director, said in a statement.

Military spokesperson Brigadier General Chris Olukolade said the army had not yet seen the report but would respond when it became available to them. The government's habitual position is that detainees are well treated and rare cases of abuse dealt with.

A four-year-old insurgency waged by Islamist sect Boko Haram, aiming to revive a medieval Islamic empire in Nigeria's largely Muslim northeast, has killed thousands and brought a heavy military presence across the region.

Residents of affected areas, as well as numerous human rights groups, have long accused the Nigerian military of carrying out summary executions of Boko Haram suspects and others – a charge it always denies.

Arbitrary detention
Privately, security officials admit such abuses are more widespread but see them as a reaction to an enemy whose vicious guerrilla tactics create a climate of fear.

Amnesty said that in April, delegates counted 20 emaciated corpses lying on the ground in the compound of a hospital. It showed grisly pictures of the corpses.

In July, a Nigerian government rights watchdog said it had credible reports the country's forces carried out extra-judicial killings, torture, rape and arbitrary detention in the northeast. That study was notable as it is rare for a government agency publish reports of abuses.

Nigeria's President Goodluck Jonathan ordered a military offensive against the Islamist rebels in May, including air strikes on bases, which authorities say has driven fighters out of camps near the border with Chad, Niger and Cameroon.

But it has so far failed to quell the insurgency, still seen as the main threat to Africa's top oil producer, and which has become more targeted towards civilians.

Rights groups say army abuses may be counter-productive because they stir anti-government rage that helps keep the insurgency going.

In the first big crackdown on Boko Haram in 2009, 800 members were killed, including its founder Mohammed Yusuf. Far from ending the insurgency, it transformed it into something much more radical with ties to al-Qaeda's Saharan wing.  – Reuters