Crediting where credit’s due 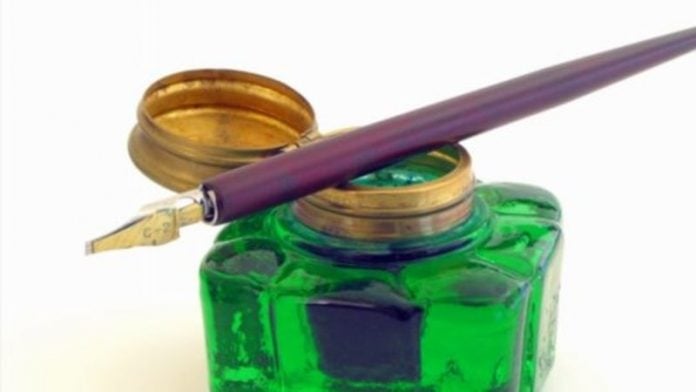 Following a blog post by Jacques Rousseau, "Does white privilege also cause plagiarism?" it was brought to the Mail & Guardian's attention that there were significant parts of a recent Thought Leader column that mirrored its source material. In fact, 15% of the blog, according to Rousseau's analysis via Turnitin, is identical to the source material.

If this were the end of the matter, it would be easy to identify this as plagiarism. But the Thought Leader piece in question, "A comprehensive guide to white privilege in South Africa" by Gillian Schutte, did in fact reference the source material – three times. What Rousseau pointed out, however (and rightly, in my view), was that this was not enough. On a site such as Thought Leader, which is a subsidiary brand of the M&G, there should be an emphasis on making sure that ideas are thoroughly credited to their originators.

As the M&G, we have a curt policy on plagiarism, and I quote: "#1.5: Plagiarism will not be tolerated."

As unequivocal as this seems, it now strikes me (thanks to the input of Rousseau, Schutte and others) that we need to add more detail to it. In the digital world, there are many conventions for sourcing and linking (just think of the minefield that is a retweet shortened to fit 140 characters), but many of them are open to too much interpretation. And of course, Thought Leader is not the M&G. We can reasonably expect our journalists to have a well-trained, professional understanding of what plagiarism is, but Thought Leader bloggers are drawn from all walks of life, and in some cases may not be trained in the professionally accepted methods of content production. To my surprise, our Thought Leader contributor guidelines don't contain any mention of plagiarism at all. On reflection, this makes a sort of sense. Our assumption would have been that writers putting across their personal points of view would never want to plagiarise. This might be true, but where our assumption fails us is our belief that all our contributors would be versed in the niceties of attribution. This is not, of course, necessarily true. We'll rectify this by adding some specifics around quoting and paraphrasing to our guidelines.

Ironically, Rousseau DMed me to alert us to the possible plagiarism, but I assumed that he meant that someone plagiarised a Thought Leader article. (We would have reacted much faster if we'd realised that the allegation was the other way around.) I'm not sure if that speaks well of our understanding of our brand, or if it reveals a distressing lack of humility. But I do know that it has (yet again) taught me not to make assumptions.

I was faced with three choices. The first, to take down the column entirely, citing plagiarism. The second, to ask the author to correct the attribution errors, leave the column up, and add an explanatory addendum. The third choice struck me as more instructive – to leave up the original content, with a disclaimer, and then republish a correctly attributed version, with an explanatory addendum by the writer as well as by myself.

Interestingly, the third choice actually demanded that we take the time to make some technical changes to the site – we'd never had cause to publish two versions of the same blog post. Thought Leader isn't published on the same platform as the M&G and doesn't share the same content management system or staff as it's a standalone site, so it takes a little longer to make changes. Luckily, a bit of research revealed a Word Press plugin called Duplicate Post, which allows you to clone a post.

I think we've made the right call here. It seems clear to me that Schutte didn't actively seek to hide the source that inspired her blog post, as she linked to it three times, but at the same time, as the M&G, we feel that a much more rigorous attribution was necessary. Other site editors might disagree with this, believing in the redemptive powers of HTML. But it seems to me that you can never have too much attribution. This is especially important  – in fact, essential – if you're using sentences of the original source document verbatim.

I checked this with the M&G ombud, Franz Kruger, and he also emphasised the importance of very clear attribution:

"I don't think those three links in the original represent enough attribution – and that's not just about the number of links. I don't buy the argument that it is enough to embed a hyperlink in a post to indicate a source.  Firstly, as a reader, I might not follow every hyperlink in a piece of this kind, and so could easily read the piece without realising there is a source (much harder to miss the point if the text said 'according to an anonymous post).  Second, there is no clear difference between that kind of hyperlink and another one that simply provides interesting additional material (such as the Sacsis link later in the piece).  I think the text itself needs to indicate where one borrows."

On a more general note – it always amazes me how people sometimes neglect to reference sources. In the world of continuously evolving meaning that is content on the internet, the hermetic value of originality and uniqueness is far less important than it used to be. It's the conversation that counts, and nobody really minds if you're freely drawing on the work of others, as long as you acknowledge that. It's so easy to hyperlink and use inverted commas. But paradoxically, the conversational dynamic seems to gull people into being slipshod. Although our online discourse has taken on many of the attributes of a conversation, it's unwise to forget that we still need the very real trappings of accountability.

On photographs and the art of ‘remixing’ images

Weeding out student essays from paper mills will require work by established academia and a renewed commitment to integrity from varsity communities.
Read more
Friday

Is Gavin Rajah’s latest creation a shameless rip-off or a fluke?

The fashion designer is again linked to claims of plagiarism, this time over a dress worn by Reese Witherspoon and designed by Han Chong.
Read more
Education

The millions we spend on stolen ideas

Plagiarism transgresses a university’s core values and leeches a fortune in subsidies from the state.
Read more
Editorial

We ask Minister Blade Nzimande, all 26 vice-chancellors and every faculty dean to please declare publicly their views and policies on plagiarism.
Read more
Analysis

The outcome of MoneyWeb's plagiarism case against Media24 will be a turning point for media houses and news aggregators in South Africa.
Read more
Advertising