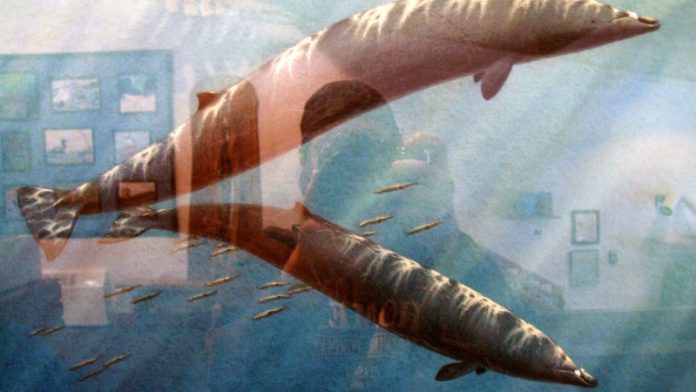 A truck hauled away the mammal, which will be autopsied by scientists to learn more about it and how it died. Tell-tale circular bite holes of the so-called cookie cutter shark (shown below) were found on its body. 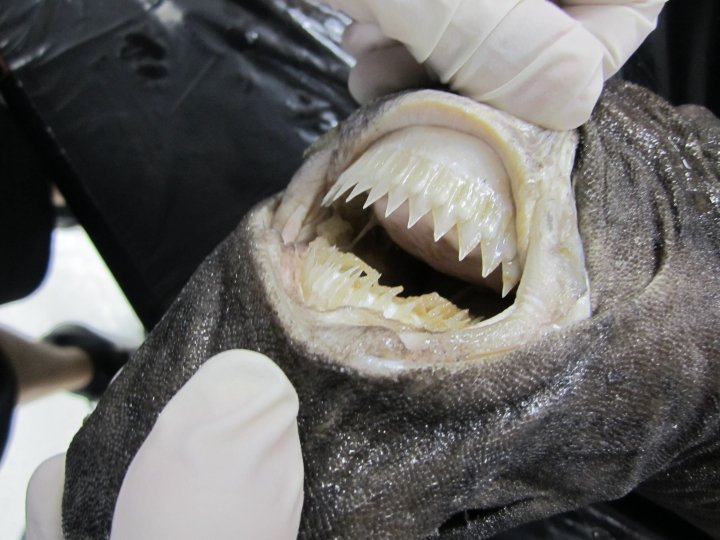 Reports say the carcass was extremely well-preserved and that the whale was probably alive when it washed ashore.

The Stejneger's beaked whale is rarely seen in the wild. The species typically dive deep in subarctic waters to feed on squid and small fish.

They're believed to migrate as far south as Northern California. Males are known for their saber teeth that stick up midway from each side of the lower jaw.

However, the teeth of females and their offspring remain hidden beneath the gum tissue. Sapa-AP