SIU to ‘reboot’ itself to recover stolen state funds 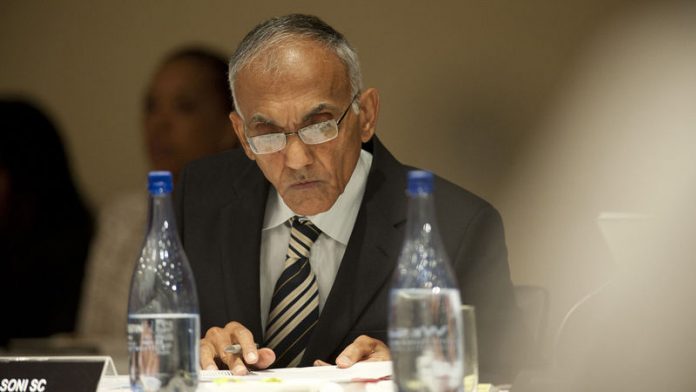 The Special Investigating Unit (SIU) will use its extended powers to step up the recovery of stolen state funds and remove corrupt officials, its new head Vas Soni said on Thursday.

He told Parliament's portfolio committee on justice that the unit would "reboot" itself in line with last year's amendment to the SIU Act.

This gave it the power to litigate to reclaim lost resources, whereas before it could merely investigate and hand evidence to other entities.

"Prior to the amendment, for all practical purposes, the SIU was in effect nothing more than a handmaiden: investigating and collecting evidence for other state entities to use in civil cases, criminal prosecutions and/or disciplinary inquiries."

He said he was confident the new law would mean more looted state resources were returned to the coffers.

"If there is gold out there, we must dig out and recover what we can," Soni said.

"The ultimate purpose is to maximise recoveries and minimise the benefits and freedoms that are retained by those who have unscrupulously exploited shortcomings in our state institutions."

'The real culprits'
Soni said in future the modus operandi would be "identifying from the outset who the real culprits are, locating where the ill-gotten proceeds are, and taking prompt action to recover and institute claims and other legal processes".

Soni was appointed as the new head of the SIU in August. It is the first permanent appointment to the post since the departure more than two years ago of Willie Hofmeyr, who estimated the amount lost by the state to corruption per year to be between R25-billion and R30-billion.

Earlier this year – during the rocky tenure of SIU head Nomvula Mokhatla – the SIU came under fire from MPs for setting low targets in terms of taking on corruption cases and recovering stolen state funds.

According to its strategic plan, the unit, which proceeds on the basis of proclamation by the president, aimed to deal with cases involving R100-million in potential cash recoveries of misspent state funds and to reclaim an actual R32-million in the 2013/2014 financial year.

Soni said he could not give a long-term numerical target for recoveries precisely because the unit did not select its own cases and relied on proclamations.

'Levels of corruption'
"We do not know what we are going to get. Only once we do receive a proclamation can we then say, quite quickly, how much we aim to recover."

The unit's annual report for the last financial year shows that it uncovered suspect transactions of R1.4-billion – a figure Democratic Alliance MP Debbie Schafer termed "low given the levels of corruption".

Soni sought to ensure MPs that the unit had stabilised after a series of high-profile labour disputes, and said he was happy to comply with lawmakers' request for more regular briefings from the SIU. – Sapa