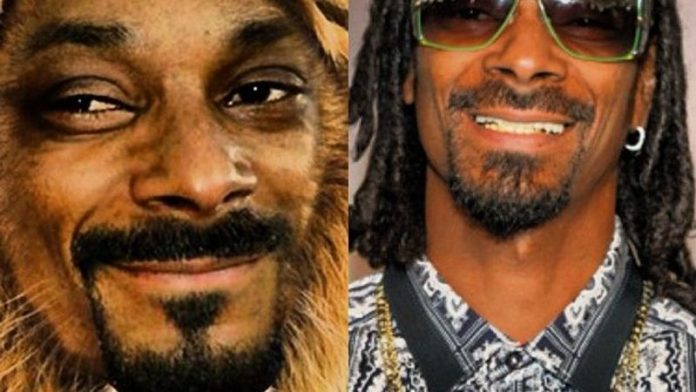 About a year ago, hip-hop artist Snoop Doggy Dogg decided to have his name changed to Snoop Lion in an effort to embrace rastafari culture and his herbs and, well, to add a new flavour to his music.

He seemed serious about it. The lion, which is an important symbol in the Rastafari faith, formed part of his name, and reggae beats spewed forth in his music. Fans worked hard to embrace the change, but it seems like just as they were gearing up to full transition from the Doggy Dogg style of old to the fun-loving, Jamaican jamming Snoop Lion, the rapper decided to announce yet another name change. This time, he opted for the funk infused Snoopzilla, which some are saying is believed to be a reference to funk bassist Bootsy Collins, who's nickname is Bootzilla.

While Lion was an ode to his Rastafarian roots, Snoopzilla says the new name change is a reflection of the funk in his new music and soon to be released new album 7 Days of Funk, which features groove singel Dam-Funk.

It does seem this rebranding, according to the genre of his music, is becoming somewhat of a habit for him. What happens when Snoopzilla (41) decides to become a softy in his old age and only records the old jazz standards? Will his name change to Snoop Old Blue Eyes then, in tribute to the late Frank Sinatra? Or Snoopella Fitzgerald, maybe?

In all fairness, this name changing trend does seem to happen often in the music industry, especially among men. The only woman that comes to mind is Jennifer Lopez who changed to J.LO – Jenny from the Block was not official, of course.

Let's take a look at some of the more memorable name changes:

From Snoop Doggy Dogg, to Snoop Lion, to the funk-infused Snoopzilla.

Puff Daddy has had more name changes than I can count. He's also knowns as P.Diddy, Diddy and, for business purposes, Sean Combs.

This 70s icon coverted to Islam in 1977 and since requested that he be known as Yusuf Islam. He prefers just Yusuf as a stage name.

In an effort to rebel against his label Warner Bros in 1993, when they wanted him to release fewer CDs, Prince changed his name to a symbol or "The Artist Formally Known as Prince". It didn't take too long for him to switch it back though, because Prince will always be Prince. Obviously.

Rapper Mos Def has always been part of the muslim faith, but it wasn't until 2011 that he decided to use Yasiin Bey as his official name.

He's all grown now. And when you're all grown you keep things simple and sophisticated – you drop a hyphen, like Jay Z did earlier this year.

The model turned R&B singer turned actor adopted a rapper name – Black-Ty – in 2006 when he released his double disc album, Alter Ego. CD one is filled with typical Tyrese style R&B songs, while CD two is filled with rap tracks by Black-Ty. Where individual tracks have both rapping and singing on them, the artist clearly states who it features, for example "ft Black-Ty" or "ft Tyrese." So basically, he features himself. Smart Tyrese. Very, very smart.