Technology the fly in the Loeries’ ointment 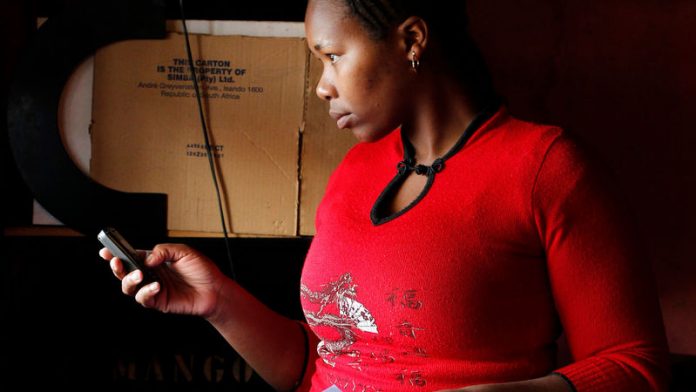 Late last week, the Loeries, South Africa's most prestigious advertising awards, announced something unprecedented: local agency MetropolitanRepublic would be stripped of all seven of its awards for 2013.

The debacle began when MetropolitanRepublic submitted what seemed like a truly outstanding piece of creative and philanthropic work for consideration in this year's awards. The MTN Everywhere Library allows school children in remote areas of Uganda to read books, for free, using only the most basic of mobile phones without internet connections.

Except, it turns out, the campaign never actually ran and no books were ever read. The evidence the judges were presented with was, according to the agency's senior management, actually "pitching" material designed to sell the concept to the client. They insist that the work was entered into the awards without their knowledge by overly enthusiastic juniors, and not as an attempt to bamboozle the Loeries.

Yet this whole mess could have been avoided if the Loeries paid more heed to technology expertise. Had a cellular telephony expert assessed the entry, they would immediately have raised red flags about technology supposedly used to deliver these virtual books.

Unstructured supplementary service data (USSD) is a text-based communication system supported by virtually every GSM (global system for mobile communications)-based cellphone on the planet. If you've ever sent a "please call me" or checked your airtime balance by dialling a number such as *123#, then you've used USSD. Because it is native to GSM networks, like SMS and voice calls, USSD works even with the most basic of cellular coverage.

The Everywhere Library supposedly uses USSD to allow children to read a selection of books. That sounds wonderful until you consider the practicalities. The maximum size of a USSD message is 182 numbers or letters. Allowing for spaces between words and page numbering, each USSD message would contain around 25 words.

Given that an average novel is 65 000 words long, reading one via USSD would require well over 2 000 messages. Since USSD works by request and response (a user sends the network a message, and the network responds with another message), we can assume at least a couple of seconds of delay per request.

And so to read the whole of A Brave New World (64 531 words long), a Ugandan child would have to spend at least 12 hours just waiting for the virtual pages to turn. Because USSD works via real-time connections to the network (similar to phone calls), it is also prone to dropping or "timing out" when it doesn't get a response quickly enough. To make matters worse, USSD messages, unlike SMSes, cannot be stored in the phone.

So children would literally have to race to read each line in time, and if they missed the arbitrary deadline they would have to start the session again. By including page numbers in each message, the service would at least allow a child to navigate back to the virtual page they were just reading, but doing so eats up the character count of each message, making these virtual books ever longer and harder to read.

If you think I'm being overly critical, imagine reading a whole book like this:

P1
A SQUAT grey building of only thirty-four stories. Over the main entrance the words, CENTRAL LONDON HATCHERY AND CONDITIONING CENTRE, and, in a shield, the World State's motto,

P2
COMMUNITY, IDENTITY, STABILITY.
The enormous room on the ground floor faced towards the north. Cold for all the summer beyond the panes, for all the tropical heat of the room

P3
itself, a harsh thin light glared through the windows, hungrily seeking some draped lay figure, some pallid shape of academic goose-flesh, but finding only the glass and nickel

For someone struggling with comprehension, this seems more like torture than learning. There's no doubt that Ugandan school children are desperate to read more books, but USSD just doesn't fit that purpose.

It's obvious that most people don't know (or care) much about the obscure details and ramifications of a technology such as USSD. Loeries judges are selected based on their pedigree in the creative and business sides of the advertising industry. They can't be expected to understand the niceties of GSM protocols – they have very demanding day jobs.

But that approach needs to change. As technology steadily permeates every part of our daily lives, it will have a more and more profound effect on advertising and media. Judges need to be able to understand what is and isn't possible. If that requires outside experts, then so be it.

The silver lining on this cloud of embarrassment is that agencies are increasingly embracing and integrating technology in their creative process. That can only be good for both creative work and technology. Like most areas of tectonic change, this intersection is both exciting and a bit dangerous. We can expect a few more bumped heads and scraped knees along the way, but the industry itself should only get stronger as a result.

UPDATE / CLARIFICATION:
The MTN Everywhere Library campaign was also a finalist in the Digital Loeries "Mobile applications and sites" category, but (telling) failed to win anything. The categories in which it did win – Media and Ubuntu – were judged by panels without any digital experts.

Imagining the Loeries from the future, where the current inequalities are dealt with

Trouble in the advertising world

Loeries: Stop me if you’ve seen this one before