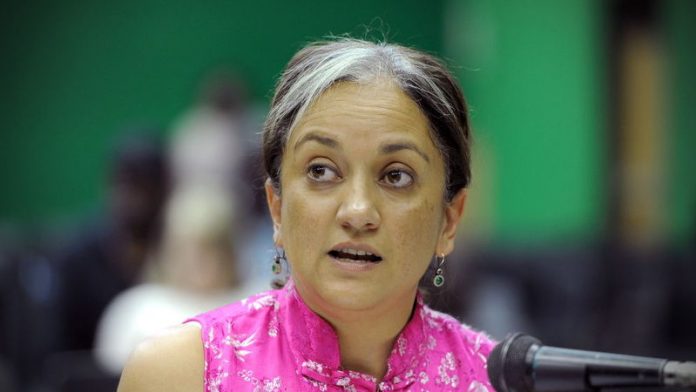 After a week of racism claims in the City Press newsroom, editor Ferial Haffajee has gone on leave, the Sunday Independent reported.

"Your flintstone editor is out on leave. This will enable you to douse the fires I started," the paper quoted Haffajee as saying.

She apologised for the "pain" caused by the furore in a letter to her staff.

"For where the flames licked painfully, I apologise, but do feel that we are about to embark on a journey toward far greater clarity of what we are and what we believe in."

On Friday, a group of journalists at the publication reportedly threatened laying criminal charges against Haffajee after they accused her of racism.

The journalists also accused the paper of taking a hard line on stories involving President Jacob Zuma, but not towards the Democratic Alliance.

They accused Haffajee of failing to appoint a senior black news editor with political contacts to help tell stories from "a black perspective".

Haffajee hit back
Haffajee hit back at the "racist mauling" of her three news editors. In an email on Wednesday, she accused the journalists of racism, giving them a week to decide whether they still wanted to work for the newspaper.

She tweeted the fall out.

In her letter, she said she trusted the paper would emerge stronger and assured staff there was nothing unusual about the fall out as it was happening everywhere.

"I hope we can get through it quickly so we can focus on our clear and binding common factor — good and even great journalism."

An internal probe to investigate what happened had been launched.

In her column on Sunday in the City Press, Haffajee said she felt herself "spotlighted in the most uncomfortable ways" as the fallout around the racism claims became public.

"I want everyone to be happy all the time, to share my vision and join me in an exiting 21st century journey for City Press. But that journey is contested, fundamentally, as is the South African narrative of democracy and transformation. It is complex and painful," Haffajee wrote.

On Twitter, Haffajee denied claims that her newsroom was untransformed, or that her staff had been charged or fired.

She said she had only fired one staff member in 10 years of editing. – Sapa and staff reporter

Kaya FM whistle-blowers say they are being victimised