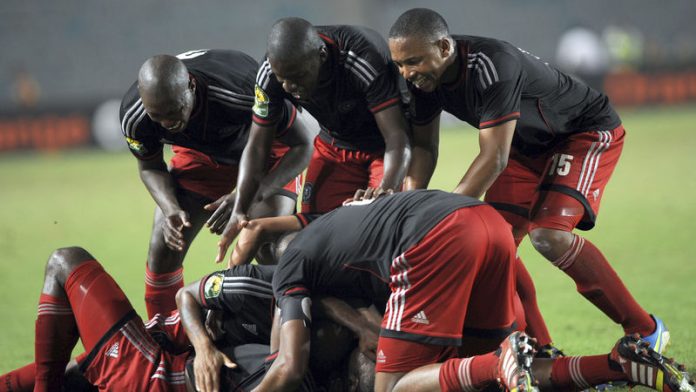 "The most difficult thing is the mental attitude," De Sa said at OR Tambo International Airport on Monday evening.

"The players have been great. We spent four hours this morning sitting in an airport. At no stage did [I] see the players complain. They sat there, no food, no drink, and that's what has been good about this bunch of players.

"The players are like soldiers. They get on with the job and they just live through all the difficulties, and they do the business between the four lines."

The Buccaneers beat Tunisian side Esperance on the away goals rule in Tunis on Saturday night, booking their place in the final of Africa's premier club competition.

Pirates secured their passage to the final with a 1-1 draw after holding the Tunisians to a goalless draw at the Orlando Stadium a fortnight ago.

Pirates are the only South African club to have won the Champions League trophy – in 1995 – and have an opportunity to add a second African title to the club's honours roll.

Quick recovery
Having been in transit since Monday afternoon, Pirates will have to make a quick recovery before taking on Golden Arrows in a Telkom Knockout quarter-final clash on Wednesday, leaving no time for De Sa's troops to rest on their laurels.

"When you're listening to the final whistle and the guys are embracing, those moments are priceless and unforgettable," De Sa said.

"The players know that we have to move forward. There are no reverse gears here."

Pirates meet Al-Ahly in the two-legged final, set for November 2, with the return fixture to be played a week later on November 9.

The Egyptian giants reached the final by beating Coton Sport, of Cameroon, 7-6 on penalties after the teams drew 1-1 in both semi-finals legs.

Pirates will fancy their chances against the seven-time African champions, having already played them twice in this year's tournament.

De Sa believes the South African outfit will still be considered underdogs in the final.

"I still believe they [Ahly] are favourites," he said.

Trashed
​"Because of the experience they've got and the pedigree they've got as well, and also playing at home in the second game, I think that probably gives them the edge as well.

"One thing we mustn't be is too complacent and think about the two results we had against them."

The Soweto side thrashed Ahly – who are the defending champions of the Champions League – 3-0 in El Gouna and played to a goalless draw at the Orlando Stadium. – Sapa