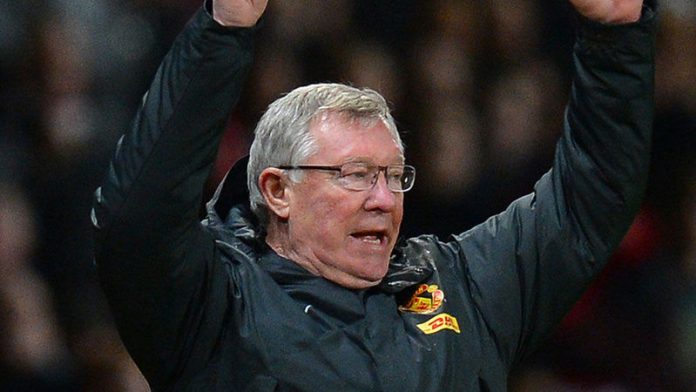 At Manchester United, Sir Alex Ferguson developed Beckham into one of the world's most recognisable sportsmen, but the midfielder left the football club in 2003 for Real Madrid under a cloud after his relationship with the manager broke down.

"David was the only player I managed who chose to be famous, who made it his mission to be known outside the game," the 71-year-old Ferguson writes in My Autobiography, which will be released on Thursday. "I felt uncomfortable with the celebrity aspect of his life."

By moving to Los Angeles Galaxy in 2007 after four years at Madrid, Ferguson said Beckham "surrendered a part of his career".

Ferguson had concerns in the 2002-2003 season that Beckham's "application level had dropped" and his "work-rate was dropping".

There was no way back after the February 2003 match against Arsenal. Ferguson was unhappy that Beckham neglected to track back when Arsenal scored its second goal in a 2-0 win.

"As usual with David at that time, he was dismissive of my criticism," Ferguson writes. "It's possible that he was starting to think he was no longer needed to track back and chase."

In the dressing room, Ferguson recalls Beckham swearing nearby before the boot flew.

"I moved towards him, and as I approached I kicked a boot. It hit him right above the eye," Ferguson recalled. "Of course he rose to have a go at me and the players stopped him."

After that, Ferguson told the board that Beckham had to leave.

"The big problem for me – and I'm a football man – he fell in love with [former Spice Girl] Victoria and that changed everything," Ferguson said at his book launch on Tuesday.

In the book, Ferguson detailed Beckham's insubordination, despairing when he refused to remove a beanie hat at a team dinner.

By that time, Ferguson said, Beckham had been "swallowed up" by publicity agents.

"David thought he was bigger than Alex Ferguson," Ferguson writes. "You cannot have a player taking over the dressing room. Many tried … The focus of authority at Manchester United is the manager's office. That was the death knell for him."

Beckham was sold to Real Madrid in 2003 and made the surprise move away from Europe to Los Angeles Galaxy in the US.

"I imagine he also had his eyes on Hollywood and the impact it would have on the next phase of his career," Ferguson writes. "There was no footballing reason to go to America."

"He is an icon to every kid in the world," Ferguson said on Tuesday, stressing that he admires Beckham.

Ferguson retired in May after winning his 13th Premier League title, bringing an end to the most successful managerial career in British football history. Among the 38 trophies won between 1986 and 2013 were two Champions League titles.

Here are other highlights from Ferguson's new autobiography, following up Managing My Life: The Autobiography, first published in 1999.

Rooney, who joined United from Everton in 2004, first stunned Ferguson in 2010 by asking to leave, complaining about the apparent lack of stars in the team.

In the book, Ferguson recalls Rooney telling him United should have signed German playmaker Mesut Ozil in 2010 before he joined Real Madrid from Werder Bremen.

"My reply was that it was none of his business who we should have gone for," Ferguson writes.

Ferguson told reporters on Tuesday that Ozil, who joined Arsenal in September, was "not on our radar" in 2010.

As for Rooney, Ferguson, who remains at United as a director, is delighted with how the striker has performed this season.

"Do you think I would drop Wayne Rooney if he was playing the way he is now? Absolutely no way," Ferguson said at the Institute of Directors in London.

England job
As a Scotsman who briefly coached his country at the 1986 World Cup, Ferguson was never going to take charge of rival England.

The English Football Association tried – twice. First, in 1999 before Kevin Keegan took charge, and again the following year before Sven-Goran Eriksson was hired.

"It wasn't a bed of nails I was ever tempted to lie on," writes Ferguson.

"Often I felt that this was an insult to us," Ferguson writes. "I wondered whether my Scottishness was a factor, a reason not to trust me."

Roy Keane
Ferguson criticises the "savage tongue" of former captain Roy Keane in his book. Keane was forced out of United in 2005 after the Irishman's rant against his teammates and assistant coach Carlos Queiroz on United's television channel. The interview has never been aired.

"I just couldn't lose my control in this situation," Ferguson said on Tuesday. "If I had let it pass and allowed it to happen, the players would have viewed me differently … throughout my career I have been strong enough to deal with important issues like that. Roy overstepped his mark. There was no other thing we could do."

Keane accused Ferguson of bringing his dispute with shareholder John Magnier over a racehorse into the club.

The legal battle before the club was sold to the Glazer family in 2005 is one issue into which Ferguson doesn't go into detail in his memoirs. Similarly, he only has praise for the American owners despite fans criticising the cost of servicing the debt resulting from their leveraged takeover. – Sapa-AP