France warns US to stop snooping on telephone calls 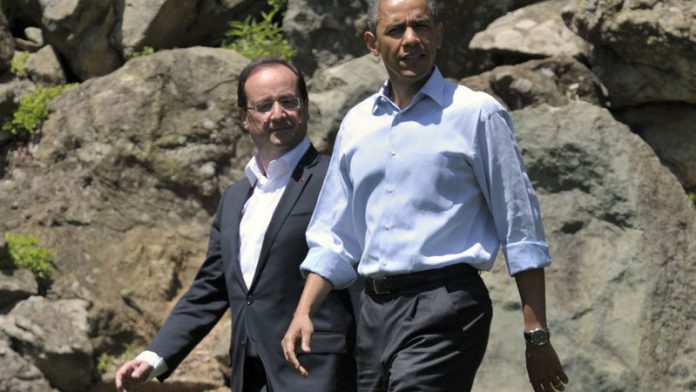 France on Tuesday warned the United States to stop snooping on the telephone calls of its citizens but backed away from picking a fight with its ally over the issue.

In a breakfast meeting with US secretary of state John Kerry, France's Foreign Minister Laurent Fabius demanded a full explanation of the latest revelations about a controversial US spying programme.

"He [Fabius] repeated our demand for an explanation of spying practices, which are unacceptable between partners and which must stop," a spokesperson for the minister said after the brief meeting.

Despite the robust tone adopted by the foreign ministry, there were signs that Paris wants to defuse the row created by the latest revelations based on leaks by former National Security Agency (NSA) contractor Edward Snowden.

When asked if France was considering reprisals over the NSA's conduct, government spokesperson Najat Vallaud-Belkacem played down the possibility.

"It is up to foreign minister Fabius to decide what line we take but I don't think there is any need for an escalation [of the situation]," Vallaud-Belkacem told France 2 television.

"We have to have a respectful relationship between partners, between allies. Our confidence in that has been hit but it is after all a very close, individual relationship that we have."

'Unacceptable between friends and allies'
Le Monde newspaper reported this week that the US NSA had monitored more than 70-million phone communications in France between December 10 2012 and January 8.

The daily said the operation appeared to have targeted business and political figures as well as people suspected of being involved in terrorism, putting it in a different league from the monitoring France's own intelligence services reportedly carry out.

Le Monde followed up on Tuesday by publishing details of US spying on French embassies around the world, most of which was already in the public domain.

French President Francois Hollande told his US counterpart Barack Obama on Monday evening that the NSA's actions had been "unacceptable between friends and allies".

US officials have acknowledged that the French have a legitimate basis for complaint but described some of the reporting on the NSA programme as "distorted".

Obama has already initiated a review of how the US gathers intelligence with a view to addressing concerns over citizens' right to privacy, they said.

Kerry defends US position
Off the record, US officials have also been anxious to stress that intelligence acquired from phone monitoring can be of benefit to all of Washington's allies in fighting terrorism.

Speaking in Paris on Monday, Kerry defended the US position without going into the specifics of the most recent claims.

"Protecting the security of our citizens in today's world is a very complicated, very challenging task … because there are lots of people out there seeking to do harm to other people," Kerry said.

"Our goal is always to try to find the right balance between protecting the privacy and security of our citizens."

As it seeks to keep France sweet, the Obama administration is simultaneously grappling with the damaging fallout from the revelation by German weekly Der Spiegel that the NSA hacked into former Mexican president Felipe Calderón's email.

Calderón, on Twitter, described the revelations as an "affront to the institutions of the country, given that it took place when I was president".

The latest revelations
Mexico's current President Enrique Peña Nieto has already complained to Obama over reports US spies have gone through his emails.

The latest revelations come on top of previous disclosures by Snowden that the US had a vast secret programme called Prism to monitor internet users.

French prosecutors are investigating the programme.

Snowden is currently living in Russia, having fled there via Hong Kong to escape US authorities pursuing him for leaking classified information. – AFP