Chiefs out to spread some unhappiness 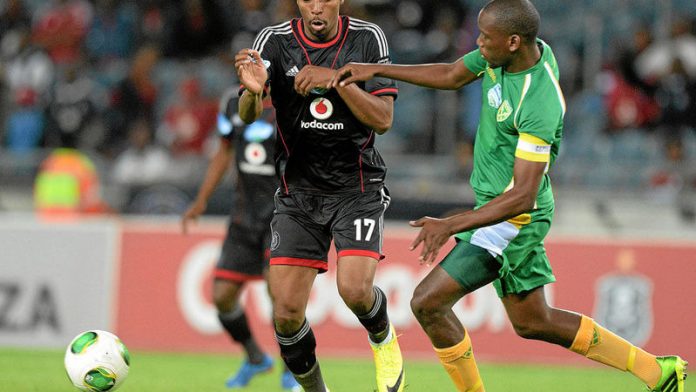 If there is any gift Kaizer Chiefs players can offer their fans at Saturday's derby, it will be to wipe the smiles off the faces of the fans of their rivals, Orlando Pirates.

Pirates play in the African Champions League final over the next two weekends. It is a feat that has made those who swear by the skull and crossbones an insufferable lot. Pirates are already the first Southern African side to play in the old African Cup of Champions and the revamped Champions League. A win over the two legs will mean two stars on their badge.

Although the patriotic call has been that all South Africans should support Pirates in their Champions League efforts, it is an appeal that few self-respecting Chiefs fans have accepted with ease.

Such is the nature of the rivalry that Chiefs fans know instinctively that they, more than supporters of any other club, will bear the brunt of the intolerable Pirates crowd should their club win their second continental title.

Not many will admit it publicly but a good number of Chiefs fans have lived vicariously through Pirates' opponents, both local and foreign.

But this weekend, they could get their own heroes to do the deed for them and cause Pirates supporters some pain.

Fresh legs
Chiefs will be the fresher of the two sides – the Amakhosi last played on Sunday when they edged Free State Stars aside on penalties for a place in the Telkom Cup semis.

On the other hand, Pirates travelled from Tunisia before walloping Lamontville Golden Arrows 4-0 on Wednesday night.

Against Arrows, Pirates were able to rest some of the staff that did duty in Tunis. Kermit Erasmus came in for Sifiso Myeni and Khethokwakhe Masuku took Tlou Segolela's berth on the right. Later on, Lennox Bacela, who bagged his first hat-trick for Pirates, Daine Klate and Oupa Manyisa also left early, although knocks induced Klate and Manyisa's departures, the severity of which still has to be ascertained.

But not too much should be read from the two teams' most recent results. Wet conditions in the eastern Free State meant Chiefs were unable to play their usual fluent game.

And Pirates are experienced enough to know they can never afford to be complacent against Chiefs. The difference between Chiefs and Arrows' quality is night and day, to begin with. For another, the derby has its own chemistry that makes any previous performance or form irrelevant.

Injury drawbacks
But injuries to key personnel may hamper the defending PSL champions' campaign to knock their rivals from cloud nine.

Talisman Siphiwe Tshabalala and Knowledge Musona hobbled off the pitch during Chiefs' quarterfinal encounter against Free State Stars. Tshabalala has a swollen knee and Musona hurt his shoulder when he scored Chiefs' equaliser.

Should the two not be fit, Bafana Bafana striker Bernard Parker will have to shoulder the responsibility of getting a goal or two to add to the four that make him the leading PSL goal scorer.

Pirates' continental obligations mean that this will be only their third league match of the season. Having already lost one and won another, Bucs cannot afford to lag behind the leading pack even though it is still early days.

They played catch-up last year in a season in which the football truism that matches in hand are worth nothing and only those on the board count was played out.

Chiefs, too, have had a slower start than they did in their title-winning last term. They have won three, drawn two and lost one.

For most honest Chiefs supporters, the sight of Pirates being fêted by the media and politicians must be sickening. It is something they would feel strongly must be stopped.

So, apart from the practical need to get points to keep up with the likes of Mamelodi Sundowns, Moroka Swallows and SuperSport United, little could be more satisfying to a true Chiefs fan than knowing that whatever accolades Pirates earn on the continent, at home they come second to their beloved Amakhosi.