Acts of art put violence in the frame

A dense reverberation fills a hollow room as one of the world's most prolific performance artists repeatedly strikes her bare-breasted chest with a human skull.

Head hanging low and hair and breasts swaying with each thud, a faceless Marina Abramovic evokes the image of violence – though self-inflicted – on women.

From domestic abuse to honour killings and the controversial genital mutilation, the show lyrically dissects what some might characterise as gender apartheid: legal or social systems that marginalise and subordinate women.

"Art should have political, spiritual, and surprising elements. It should try to find new language of communicating in order to give awareness to the public. Then every society can use the layer it needs at the moment," Abramovi? told Interview magazine in 2010.

This layer of social awareness is evident in the work of the 30 international female artists included in the exhibition.

"The stories and visions reflected in the artwork help us to re-evaluate our perceptions about gender-based violence," says Randy Jayne Rosenberg, the show's curator and executive director and chief curator of the nonprofit organisation Art Works for Change, which produced Off the Beaten Path.

"Premised on the visionary potential of art, the stories that underlie these artworks help us understand the essence of the problem of violence against women around the world."

Off the Beaten Path doesn't necessarily call out those responsible for the violence. Instead, it looks at the ingrained social structures that allow violence against women to be perpetuated.

"The exhibition is meant to push us in a more positive direction, creating a sense of empathy for the universal stories of women and girls, and offering the audience a sense of choice in their actions that results from a greater consciousness around the issue," says Rosenberg.

First performed in 1965, in her famous early work Ono's body is slowly revealed as people continually walk up to her and snip away at her black dress using a pair of scissors. 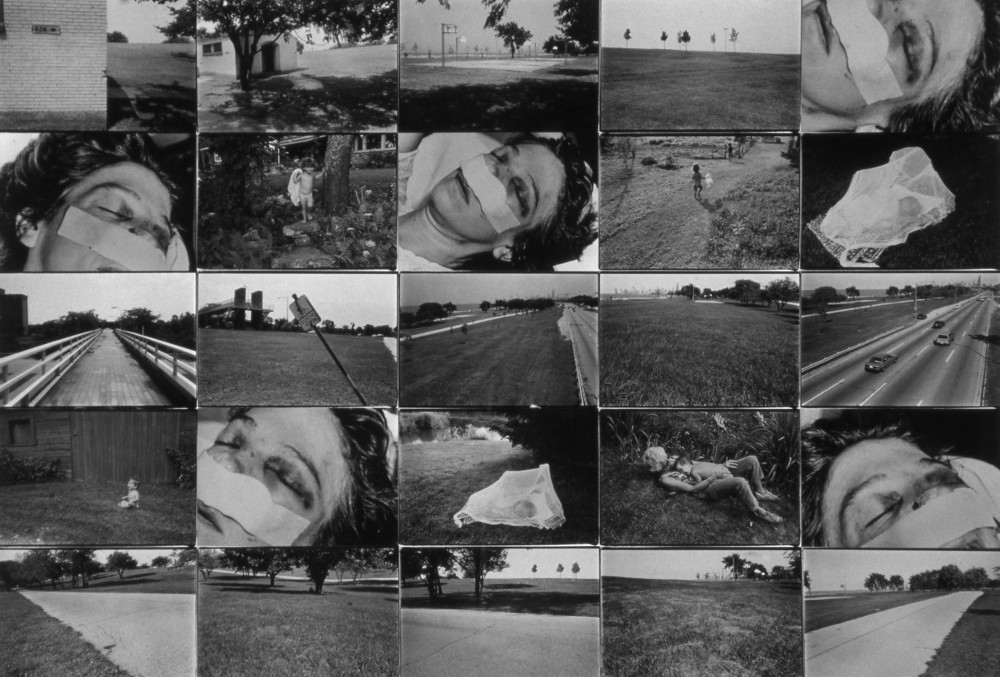 Hidden in the radiant green, a man awaits. In hate-blinded hands, darkness awaits by Patricia Evans.

Once Ono's dress is snipped down to its last thread and her flesh is bare, her body becomes increasingly sexualised and objectified.

"The ultimate goal of female liberation is not just to escape from male oppression," writes Ono in the essay – a text still relevant today.

"Since we face the reality that, in this global village, there is very little choice but to coexist with men, we might as well find a way to do it and do it well."

Several pieces in Off the Beaten Path, such as revered South African artist Jane Alexander's The Attendant, scrutinise child marriage still practised across the world from India, where according to a 2009 Unicef report 40% of the world's child marriages occur, to Africa, where more than 70% of girls marry before the age of 18.

Veiled in a white wedding dress, the haunting childlike figure in Alexander's piece alludes to chastity and the nameless, faceless bride.

This photomontage makes a statement in a country such as South Africa, with its notorious reputation for violent crimes against girls and women.

Similar to Alexander, the eyes that pierce through burkas in Senegal's Fatou Kandé Senghor's photographic series Who Gives This Woman to This Man? highlight the objectification of girls and forced marriage – a common practice in the West African country. 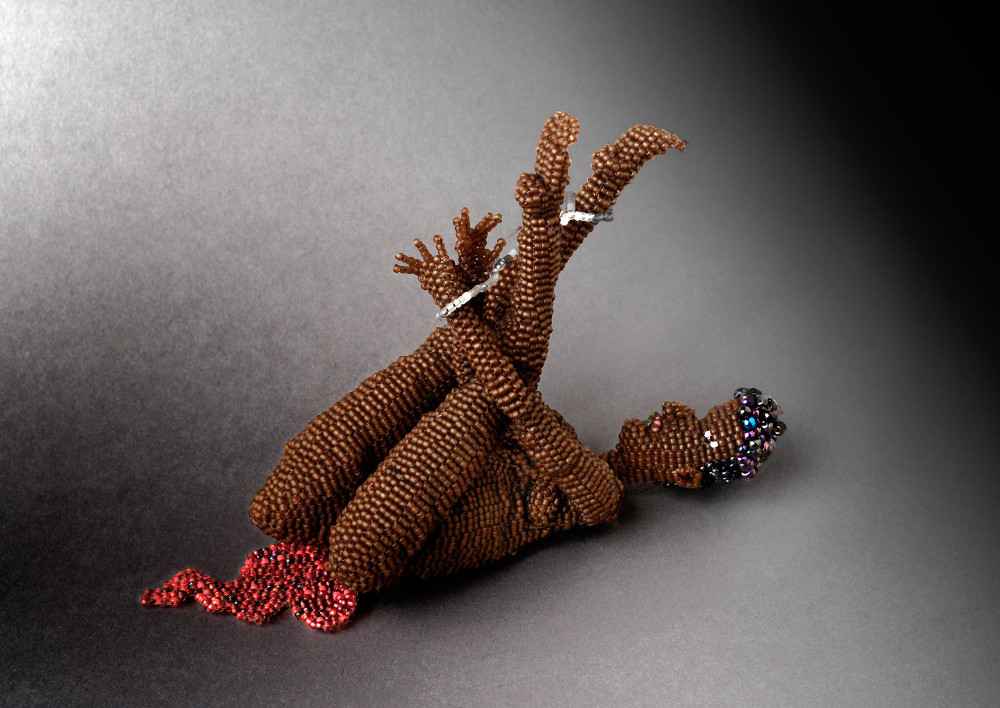 Award-winning Israeli-based artist Miri Nish describes her photo series Esther and the Swamp Queen as "a kind of self-portrait as Esther, a victim of domestic violence, fleeing a demented lover … In Jewish folklore, Esther is also the name of a Jewish girl forced by her uncle to marry the king of ancient Persia, known for his mistreatment of women, in order to save her people."

Her work's allegory speaks to the appropriation of women and girls both globally and in her own country.

Nish adds: "I would love to see this exhibition shown in more places where women's lives are physically threatened, including Israel that has recently seen a surge in cases of domestic violence, often leading to murder."

As gender discrimination, born of cultural practices, is questioned in Off the Beaten Path, sceptics might view the exhibition's aim as mauling centuries-old traditions.

Or critics may even find the show's take on genital mutilation or on women and religion (such as those in burkas) to be a Western take on diverse cultures.

In its defence, the exhibition's accompanying text reads: "We live in a world in which harmful, sometimes violent cultural practices are accepted – despite the fact that they can lead to physical and psychological harm to women."

After trekking its way around the world since 2009, Off the Beaten Path's residency at the gallery is about to draw to a close. It is now being readied for its trip to the Big Apple.

While it is still here, it's hard not to wonder what kind of effect the show will have in a country grappling with the recent discovery of two raped and murdered toddlers in  Diepsloot, and other alarming reports

Off the Beaten Path and other such projects may drive a new consciousness into South Africa.

It may be only one exhibition, but it represents many voices and different points of views.

Off the Beaten Path: Violence, Women and Art runs at the Johannesburg Art gallery until November 17