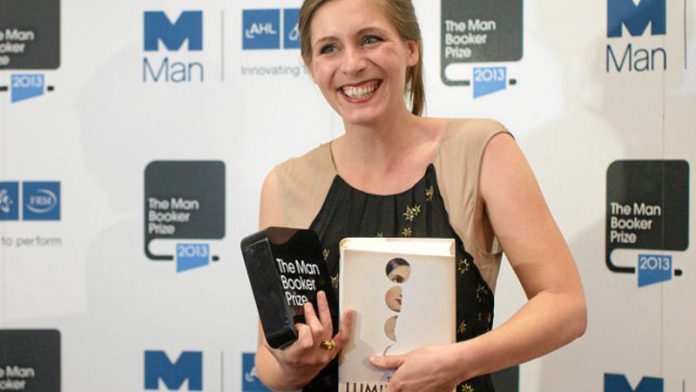 "I have observed that male writers tend to get asked what they think and women what they feel," she says.

"In my experience, and that of a lot of other women writers, all of the questions coming at them from interviewers tend to be about how lucky they are to be where they are – about luck and identity and how the idea struck them. The interviews much more seldom engage with the woman as a serious thinker, a philosopher, as a person with preoccupations that are going to sustain them for their lifetime."

Though generally well received in Britain, The Luminaries, she said, was subject to a "bullying" reception from certain male reviewers of an older generation – particularly in her native New Zealand.

"People whose negative reaction has been most vehement have all been men over about 45," she says.

It is the peculiar constellation of her age, gender and the particular nature of The Luminaries that has, she believes, provoked "a sense of irritation from some critics – that I have been so audacious to have taken up people's time by writing a long book.

"There's a sense in there of: ‘Who do you think you are? You can't do that.' There's a feeling of: ‘All right, we can tolerate [this] from a man over 50, but we are not going to be spoken to like that by you.'"

But it's the seriousness of Catton's work that strikes you when talking to her – her belief in the novel both as a "builder of empathy" and as a carrier of ideas.

For her, the daughter of a philosopher and a librarian, the novel is a tool for thinking with, as well as for feeling with.

"What I like about fiction most is that it resists closure and exists, if the reader is willing to engage, as a possible encounter – an encounter that is like meeting a human being."— © Guardian News & Media 2013